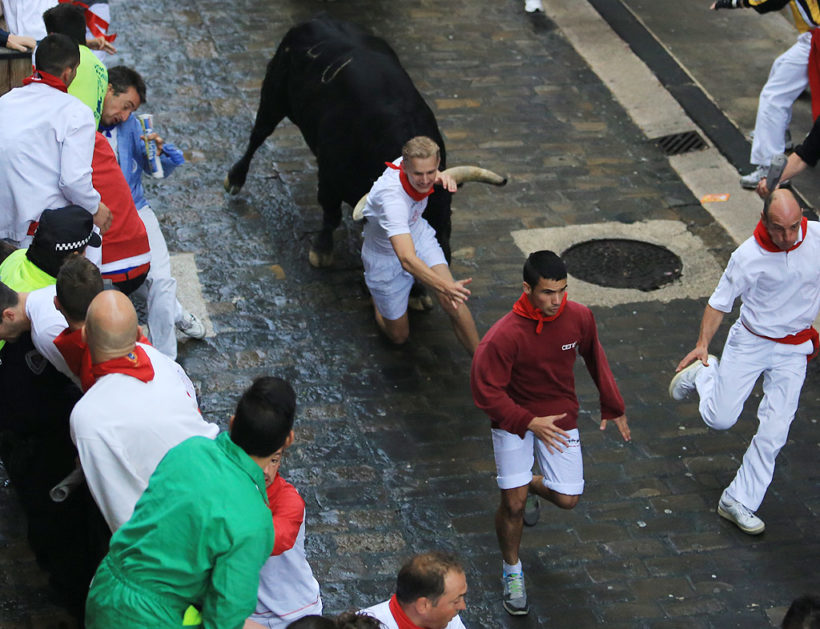 The most dangerous moment of today’s Running of the Bulls with the Fuente Ymbro bull-ranch, occurred when a runner was caught by a black-colored bull at the top of Santo Domingo slope. Luckily, the bull only pushed him lightly with his snout and the runner fell to the ground and the bull continued to run on ahead.

Just another one of many such scenes, seen each morning, and which shows that very often the bull is just not interested in charging or goring the runners, but just simply wants to race ahead and to be on its way. This was particularly clear today with the Fuente Ymbro Bulls, as they ran a fast, clean and noble run, without making many charges at the runners, in spite of the large crowd found on the course today.