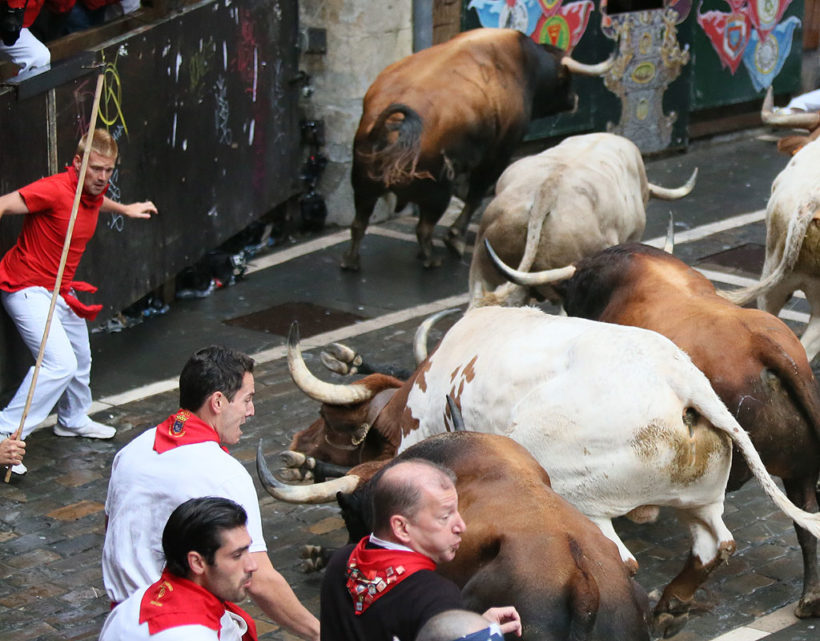 The corner at Mercaderes-Estafeta is one of the most dangerous spots of the whole course in The Running of the Bulls and even more so after it has rained and the ground is wet. Because, despite the fact that City Hall workers now spread anti-slipping liquid on the ground every day, with the wet ground it is almost sure that some or all the Bulls will slip up at this corner and crash against the fencing. That is why it is important for the runners to avoid this side as they run the risk of being crushed against the fencing or the wall by the heavy bulls.

This morning one runner found himself in the wrong spot and surrounded by the Fuente Ymbro bulls. Running across Mercaderes, he trapped himself in front of the Bulls right on the corner, where the Bulls invariably slip up. As luck would have it, the bulls slipped up just one meter further on, which left him off the hook. In spite of the fright he got, this runner continued on his way as this series of photos from Javier Martínez de la Puente show us.