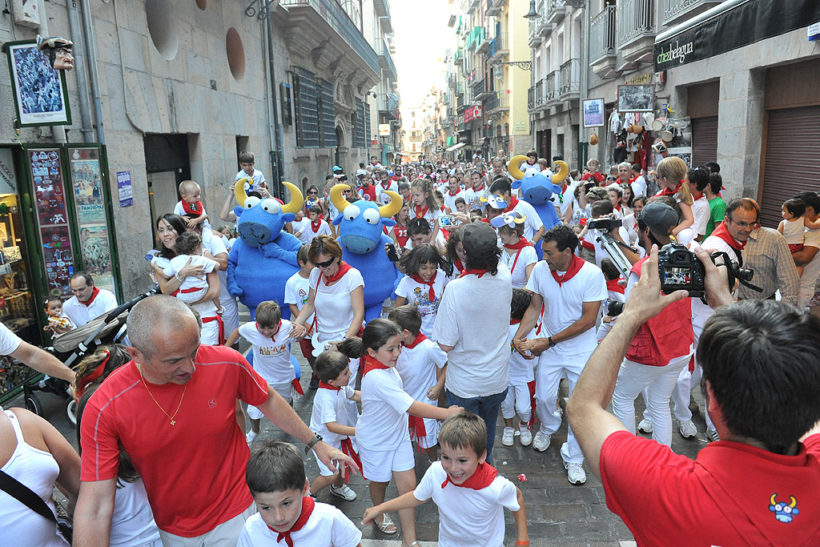 The most colorful and thrilling Running of the Bulls of Sanfermin 2015 featured the three Kukuxumusu blue bulls. The event took place at 7.00 p.m. in the afternoon and was attended by hundreds of kiddies and parents all ready to run against the herd of blue fighting bulls from the Kukuxumusu bull-ranch.

After the ‘de rigor’ three short homilies sung to the saint and after the confetti rocket was set off to start the bullrunning, the kiddies set off on their run from the Kukuxumusu store at Mercaderes 19 and were chased by the blue bulls up  Estafeta Street. Well, it must be admitted that there were times when it was difficult to know who was chasing who, as sometimes the kiddies were running behind the bulls and sometimes in front of them. In any case, no mishaps occurred, as some of the more experienced little runners were able to lead the bulls all the way to the end of Estafeta Street, where the Kukuxumusu store is located. Hundreds of photos were also taken and indeed, cameras are permitted in this special Running of the Bulls, as the proud parents naturally want to conserve such fun memories.