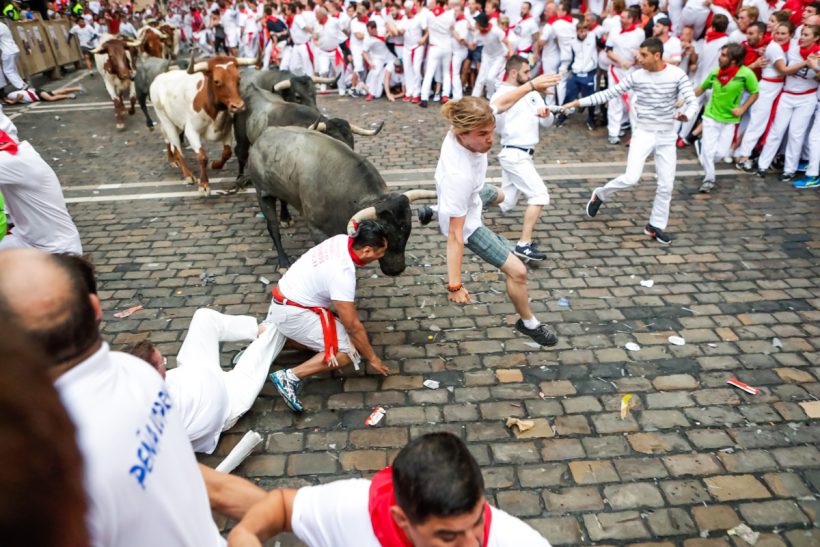 It was just a case of sheer bad luck for this runner who received a goring to his arm at the City Hall stretch of the course on this second Running of the Bulls of Sanfermin 2017. An inopportune fall on the part of another runner and his movement to get back on his feet meant that the unfortunate runner was blocked from running ahead and he got caught on the horns of the José Escolar bull, as can be seen in this sequence of shots by Javier Martínez de la Puente.

The young runner (J.C., an american runner, 22 years-old) had run up the Santo Domingo stretch in front of the bull that was leading the pack. Several runners in front of him tripped-up and one of them fell right in front of him. This fallen runner tried to get back on his feet and the horns of the charging bull grazed his head in a very lucky escape. However, the unfortunate runner coming up behind had to try to leap over these fallen runners ,and in doing so, was caught on his left arm by the horn of the charging bull.