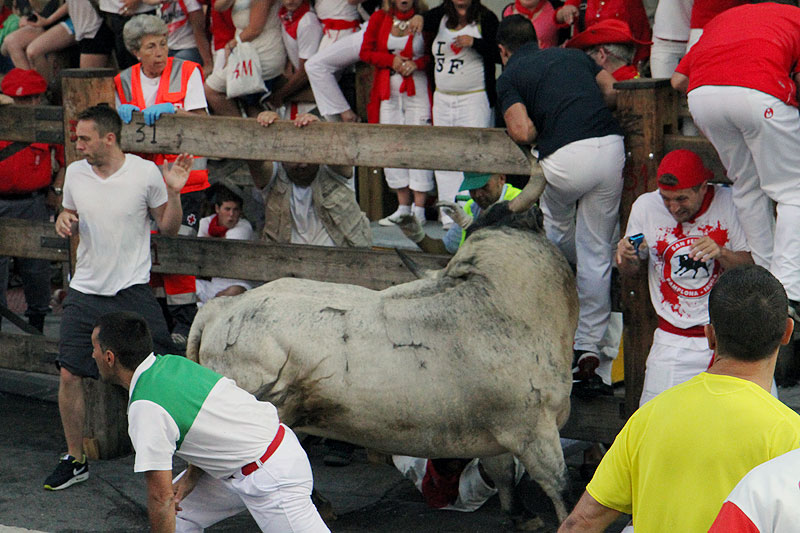 The most telling image from the running of the bulls from the Torrestrella bull-ranch featured a pale-colored bull which became separated from the rest of the pack and it made a charge against the fencing. Two runners were about to receive a goring but the bull did not prove accurate with his horns and both runners got away by the skin of their teeth. And again, as in previous days, one of the runners is seen holding a camera in his hand. The same image as we are seeing each and every morning in the bullrunning. You can see the whole sequence of photos here of this incident as captured by our photographer, Ignacio Rubio.

SEE INFO. AND PHOTOS OF THE  ENCIERRO 11th JULY