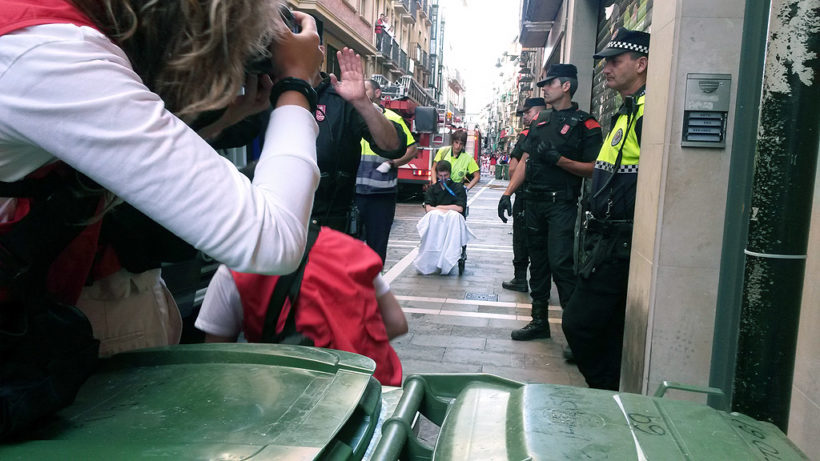 Each morning, when the Running of the Bulls event is completed, a special atmosphere can be noted in the air. It is now just a few minutes past 8.00 a.m. and the runners are meeting up with friends and companions to talk about their experiences and how the event went down for them. And most of them usually have their leisurely chat over a good solid breakfast. This is their award for having got up early to prepare themselves for the bullrunning.

Today, the 8th of July, things turned out a little different for some of these runners. While some of us were squeezing into a coffee shop in Estafeta Street, to watch the repetition of the running of the bulls on TV, there was sudden strong stench of burning in the air. Without more ado, everyone dropped everything and made a hasty exit to the street. The Street air was heavy with smoke but it was not clear from where the smoke was coming.

Within a few minutes two fire trucks had pulled up close by. These were quickly followed by an ambulance. Soon the municipal police were also gathering. All the classical players that belong to an emergency situation… But where was the fire?  Some disheveled members of the public who had already made hasty exits from their homes…an elderly man in bare feet, an old lady holding her pet dog, a tall fair-haired young man in his socks, a bare-chested man…were all just some of the “evacuees” who found themselves on the street. 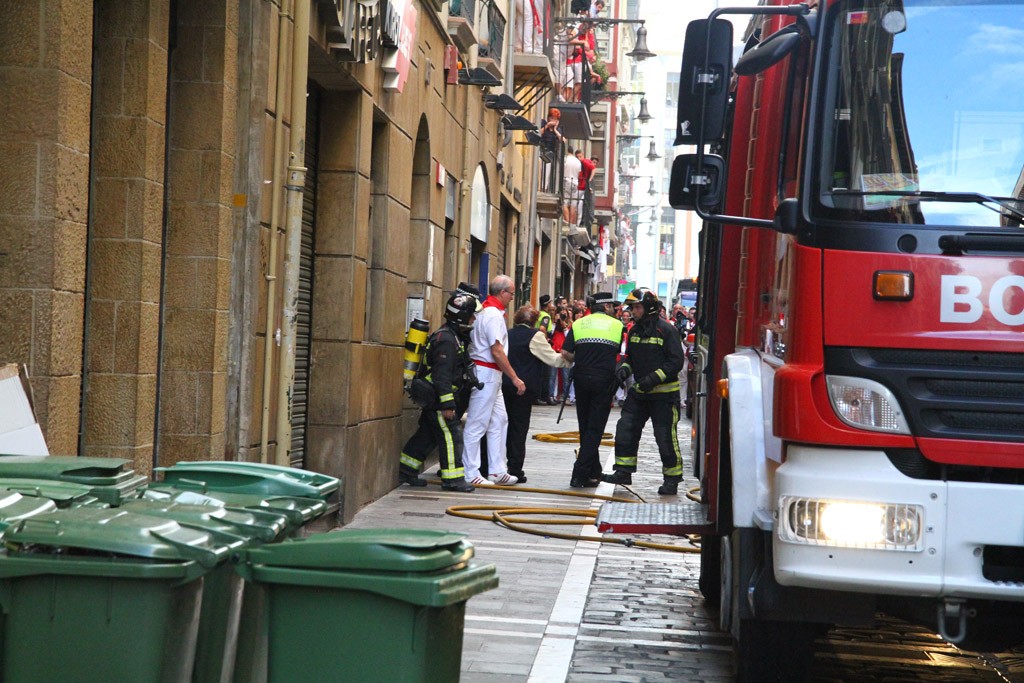 The old lady was taken over to the ambulance for treatment. The others stood around in silence, awaiting events. Some had been sleeping hard after a long night on the town when they were awoken by loud knocks from the police and told to get out immediately. It turned out that the fire was burning in an apartment opposite the coffee shop at no. 61.

While the firefighters and the emergency teams did their thing, three young Americans were laughing and chatting good-humoredly in the street, despite having been awoken from their slumbers. The tallest of the three had grabbed his backpack but the other two had come as they were, with their light apparel and nothing more. The tattoo on one of the young men read an ironic: “Live once, live right.” 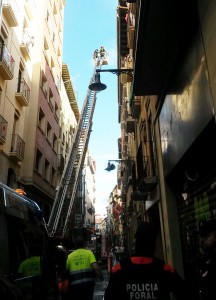 In the end, it all ended well. The firefighters put out the fire in 10 minutes and the two people who lived in the damaged flat were taken off to hospital for a slight case of poisoning through the inhalation of toxic smoke as they were trying to put out the flames. The house was damaged of course, but the rapid intervention of the firefighters had avoided a worse calamity.