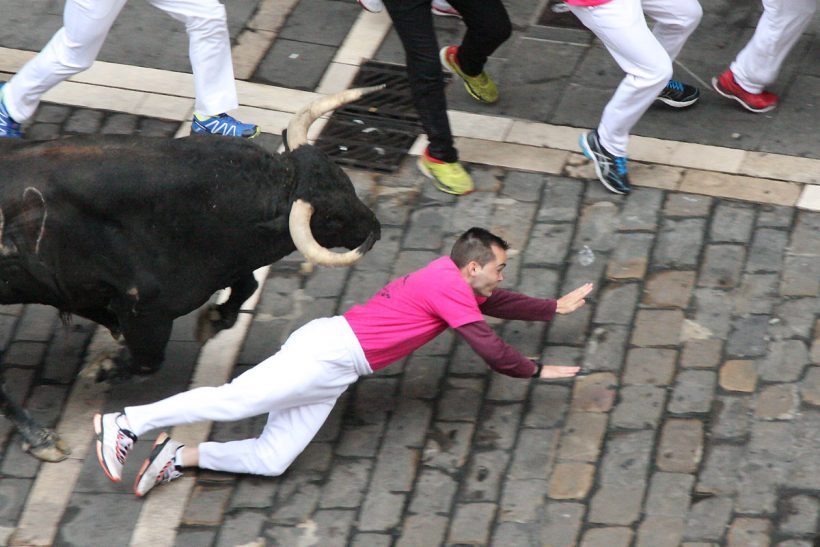 The Núñez Del Cuvillo bulls featured in an exciting seventh Running of the Bulls of Sanfermin 2017 where two runners received gorings. Unlike these previous days, today there were few slips-ups and falls. However, this spectacular fall took place at the Mercaderes stretch where the runner falls on his face, just as the bull’s snout is on top of him.

After making a good run across the first part of the Mercaderes stretch, this runner is surprised by the rapid pace of the bull who catches up to him just in the middle of the street. It is not too clear whether it is the bull that knocks him down or whether the runner throws himself down to avoid a worse fate, as the horns of the bull are just at the point of catching him. In any case, it was a providential fall as it avoided a goring, even if the Núñez del Cuvillo bull did trample over the fallen runner.

As can be seen in this double sequence shot by Ignacio Rubio and Mikel Lasa, the bull does not catch the runner but the fall and the twisted ankle on his right leg must surely still be paining that runner even now.