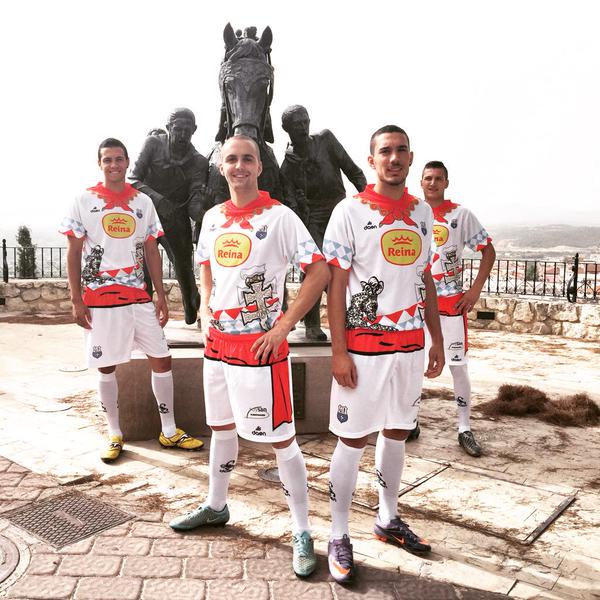 The  Asociación Deportiva Caravaca Vera Cruz Sports association has a football team which plays in the XIII group of the third division league. Yesterday, they displayed their new team kit for the coming season and it has to be said that the gear could easily serve as authentic dress for the Sanfermin fiestas, without any doubt.

As we can see, the football shirt includes a necktie which emulates those that are used by theCaballos del Vino  race horses and the shorts are decorated with a sash. It looks just like the Sanfermin sash and it would certainly serve for fiestas but in fact, it really responds to a traditional dress of the equestrian world and the supporters of the steeds in their races. The necktie is also a symbol of friendship and conviviality in Caravaca and, indeed, in April each year there is a celebration day for the Day of the Necktie -Día del Pañuelo- in order to celebrate good relations between locals and visitors at the festival.

As the sports director of AD Caravaca Vera-Cruz, José Carlos Gozalbes, tells us, this initiative taken with the football kit aims at being a homage to the Caballos del Vino races and to get some notice for this sports event. This team is very active and just recently they carried out some similar actions to try to increase their supporters and make a stronger impact. On Twitter, you can follow the link: #EngánchateAlCaravaca

The sports kit is made by DaenSport which allows them to personalize the sports shirts completely. This opportunity has not been missed by the people from AD Caravaca nor by others as well, such as the La Hoya de Lorca team, which personalized their shirts with a broccoli texture in 2013. 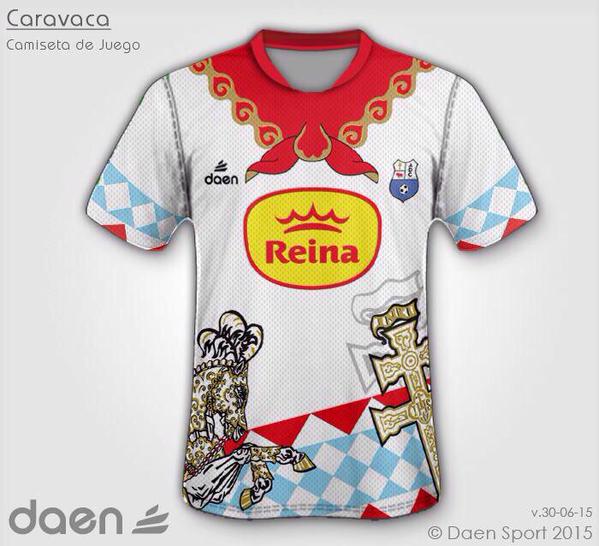 The sports shirt is completed with an illustration of the caballos del vino horses and of the Vera-Cruz de Caravaca club, as well as with some advertising of Postres Reina and Ortodent de Caravaca.