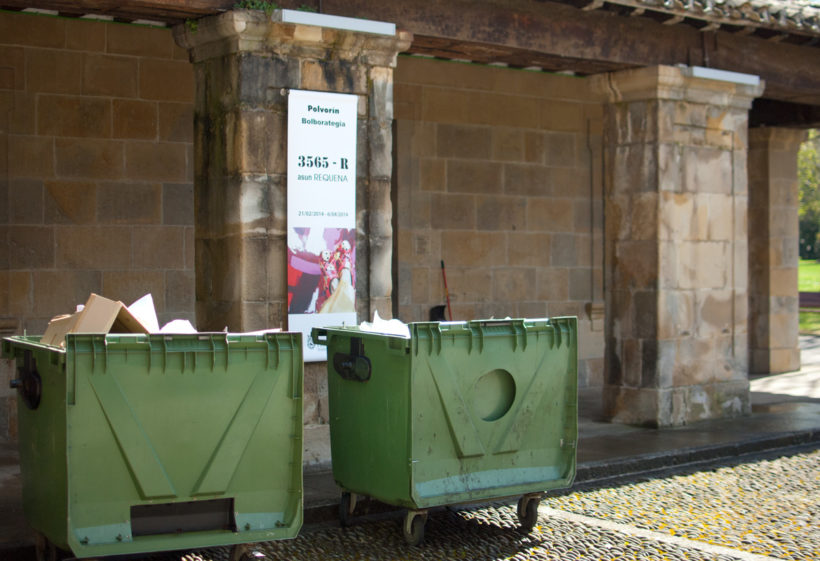 Next 9th of April a jury will select the finalist posters which will then be voted on in a popular ballot open to all citizens of Pamplona in order to find the winning poster for Sanfermin 2014. So far, a total of 524 poster designs have been entered over the period from the 1st of March to the 27th of March. The last person to hand in their entry at the citadel of Pamplona this morning was given the number 500. Another 24 entries have been received by mail and some others will arrive soon and they have been sent before the deadline closing date. It is estimated that there will be some 550 entries in total – all competing for selection as the official poster for Sanfermin 2014. Just counting the 524 entries handed in so far means an increase of 14% compared to the number of entries from last year. The total increase percentage could be as high as 22% if forecasts are fulfilled as expected.

In essence, the most important prize arising from this competition is the prestige gained by the winner within the world of poster designs, thanks to the long history of this competition and its growing fame down the years and the fact that it is the official poster of the renowned fiestas of Sanfermin. The prize money is maintained at 3.600 euros once again this year.

As we mentioned a while ago, it is rather striking how the female figure has all but disappeared as an image from the posters over these past years and the themes which tend to dominate almost totally in the competition now are ones of the Bulls, the Runners and the Running of the Bulls. See details here.