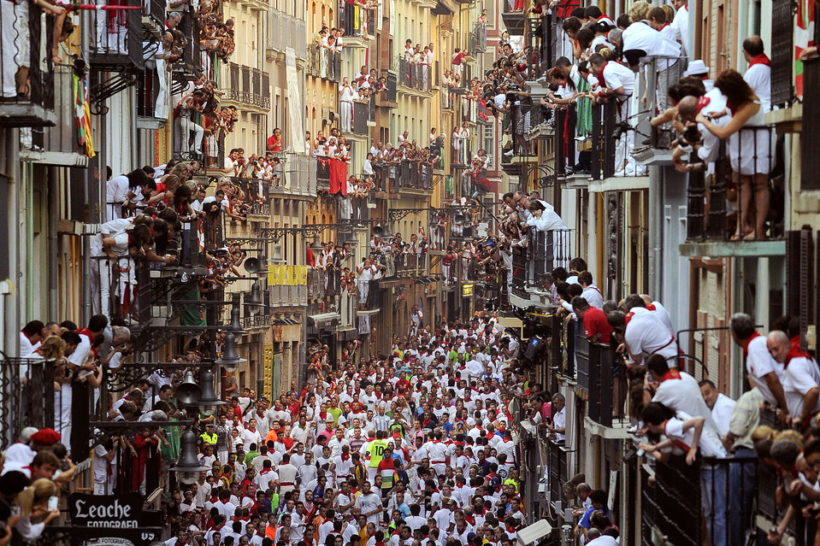 The  work of photographer Pedro Armestre has been acknowledged by the Wall Street Journal  with its publication of a snapshot of his taken at the running of the Bulls during Sanfermin and highlighted as one of the best photos of 2013. It should also be pointed out that the same snapshot is the second most valued image from the whole series of photos by the viewers of wsj.com. In any case, the snapshot continues to gain adepts as it has now also been selected among the best photos of 2013 by Yahoo News in Spain in its summary of 2013. In this case, they appreciate the image in vertical form and it has been chosen as the cover photo for the world gallery. At Sanfermin.com we love both images and which correspond to the Running of the Bulls on the 10th of July, 2013 with bulls from the Victoriano del Río Cortés bull-ranch. 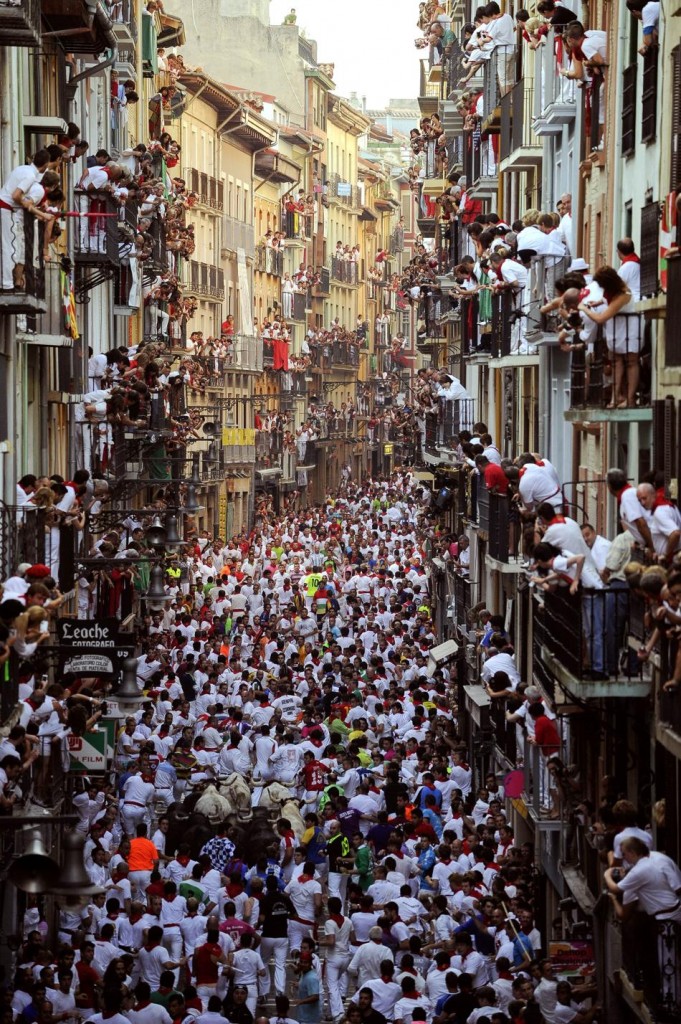 This work from Pedro Armestre in Sanfermin came to light thanks to his work for the France Press Agency and for Getty Images. On the 10th of July, 2013 the photo taken by Pedro Armestre was recognized as among the best of the day by the Wall Street Journal. This selection gave the opportunity for the photo to join the list for the best photos of the year. This video from  “Futbol y Ellas” reveal some details about the exact place where the photo was taken – a second floor flat in Mercaderes Street just at the intersection with Estafeta Street.

In addition to the web site, pedroarmestre.com, you can also find more about the work of Armestre the photographer as well as that of Susana Hidalgo at calamar2.com