“An action that will have a high impact and stimulate debate”. This is how The Anima Naturalis Association have expressed their intentions in their protest planned for the coming 5th of July in Pamplona, in which they will once again denounce the mistreatment of bulls, which in their opinion are made to suffer when they take part in The Running of the Bulls event. At the same time, the association invite the general public to join their association for the protest and they have sent out an e-mail warning all the runners who take part in the Running of the Bulls that: “We want it to be very clear that all those who take part in this vile event are also responsible for the killing of dozens of bulls and we will carry out a protest that will have a strong impact on the public”.

According to what they state in the e-mail, which is sent out to all those who register, Peta and AnimaNaturalis will cover all costs of accommodation which are being provided by a camping site near to Pamplona, although they do not go into any further details about their protest actions. According to the local newspaper, Diario de Noticias, on their web page, the activists will run behind six nude members, made up of both men and women, who will act in the role of the six bulls in the protest. 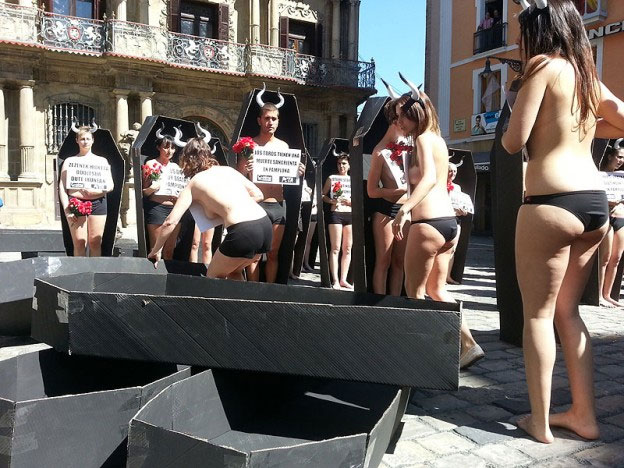