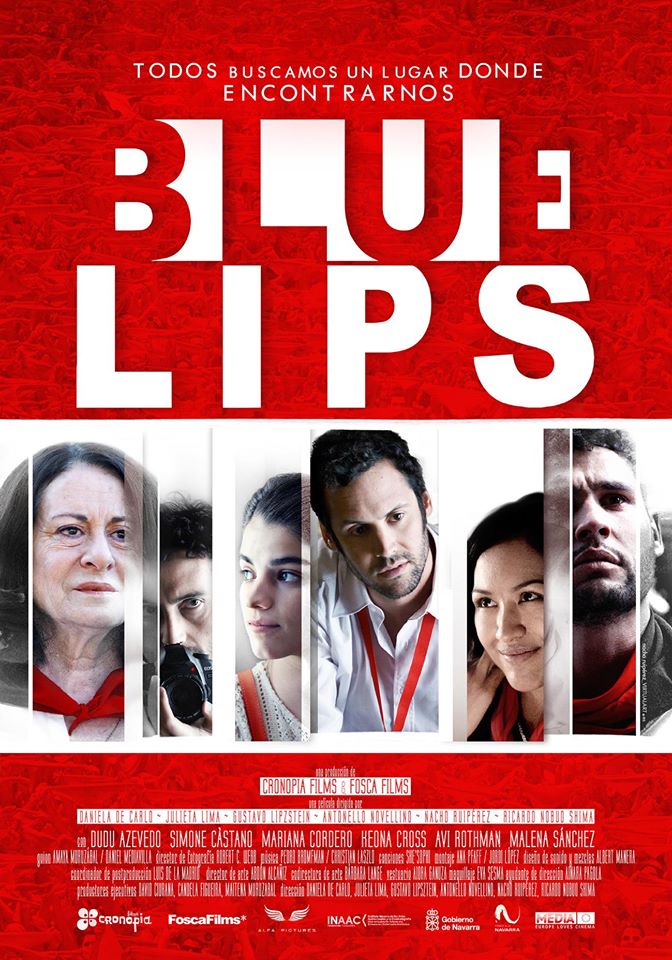 Next 21st of October, the Seminci de Valladolid will feature the film “Blue Lips“, as part of its program of movies. This film was partly shot in Sanfermin in 2012 by Cronopia films and Fosca Films. The screening and subsequent colloquium will take place on the 21st of October at 22.00 p.m. in the Teatro Zorrilla de Valladolid. Subsequently, from the 7th of November, it will be on general release in cinemas such as the Golem, which will premiere the movie in Pamplona, Burgos and Bilbao. Thanks to information from the social network of Facebook and Blue Lips the poster has already been made to announce the launching of the publicity campaign for this movie.

It was exactly three years ago that Sanfermin.com first commented on the initiation of the Blue Lips project: “a group of young movie-makers who first met one another in Los Angeles some ten years ago have come together in order to make a feature film with 6 leading parts, 6 directors and 6 different settings, the final one being … Sanfermin 2012.”  It might be remembered that the sixth director was selected through a web site popular vote and that this movie was completed thanks to the system of crowdfunding and by some astute marketing on the part of the film-makers such as the marketing of Navarra wine with Vino D.O. Navarra NAVARRAWINE and the INAAC, The Navarra Institute of Audiovisual Arts and Cinema before this institution was finally closed.

The movie was finally complete on the 4th of August of that same year and the film has already been entered in some film festivals such as the FICG 2014 de Los Angeles or the Ventana Sur de Argentina 2013 para películas en primer corte – (unfinished movies)- receiving the recognition of FICG. 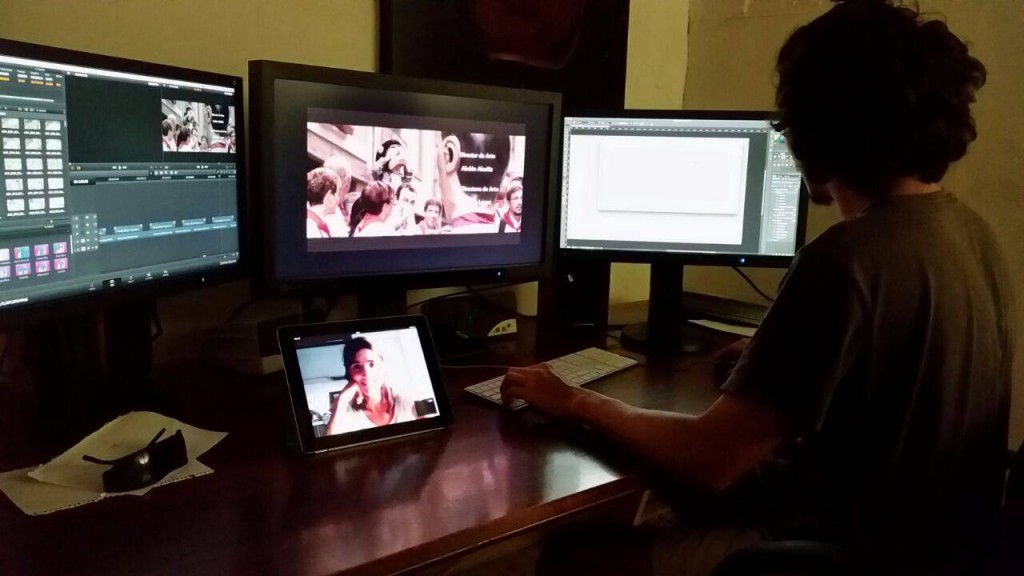