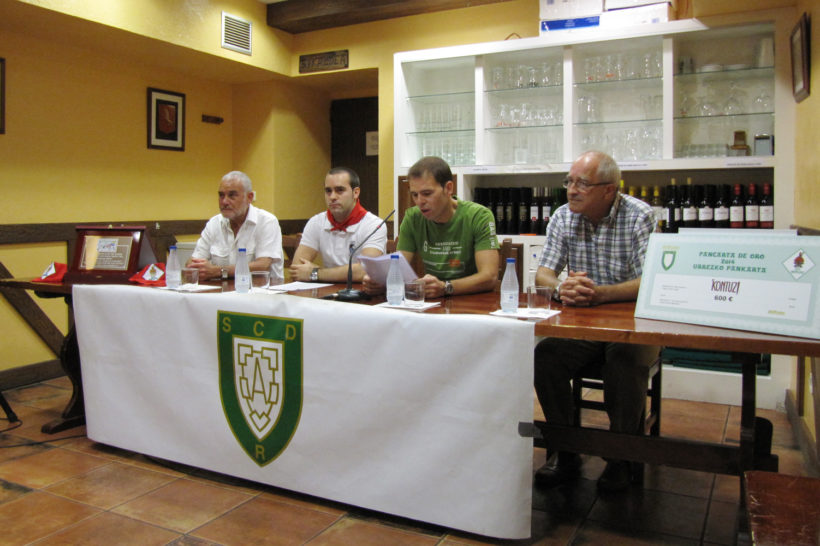 The Peña Anaitasuna Club awarded this past Saturday the Pancarta de Oro Award to Kontuz!, -the Association of Users and Consumers in recognition of the work which they have been doing. Patxi Urrutia, one of the speakers who received the award at the premises of Peña Anaitasuna, pointed out that for Kontuz! to receive this award was an “acknowledgement of the work they have been trying to carry out”.

The Pancarta de Oro Award from the Peña Anaitasuna Club, which is traditionally given out on Member’s Day, recognizes the work of individuals or groups which have stood out over the year in Navarra’s Society, which is the case of Kontuz! over this past year. Carlos Berraondo, President of the Peña Club, stressed the fact that “we ourselves, citizens of Navarra, are the very ones who must help and support these kinds of associations”.

The Peña Anaitasuna Club, over the past years have awarded the Pancarta de Oro to such people and entities as Asun Casasola, mother of the murdered Nagore Laffage, the committee behind the meals for the needy at Paris 365 or the Bokatas Association. The award consists of a plaque with a banner drawing which has been used by the Peña Club during the previous Sanfermines.