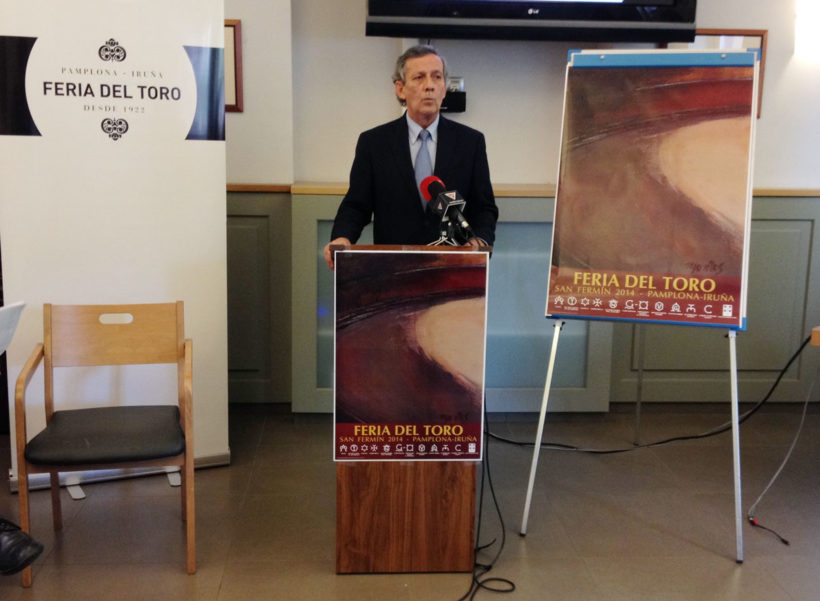 The organizing entity, Casa de Misericordia from Pamplona has just released this afternoon the lists of bull ranches and bullfighters for the coming Sanfermin Feria del Toro 2014. There is a budget of around 3, 5 million euros this year. This figure is roughly shared at about 70% of the total Budget for the fees of the bullfighters and about 30% for the bull ranches. Some of the 2014 season’s big successes will be seen in Sanfermin – such as Miguel Ángel Perera-, some of the more successful names from last year’s Feria del Toro 2013 have also been invited back – such as Padilla, Mora, Fandiño- and some of the concurrent classic big names such as – El Juli, Talavante, Hermoso de Mendoza and Galán-. Then again some others such as Morante and Manzanares continue to give Sanfermin bullfighting week a miss and won’t come to the Feria del Toro this year either. José María Marco García-Mina, a member of the Bullfighting commission explained some of the criteria behind the choice of bullfighters and Bulls.

3 euros per adult and 1 euro per child is the cost of the tickets to enter the bullring each morning to watch the running of the Bulls event.

Perhaps one of the most conspicuous measures taken for this coming year’s fiestas is the fact that the running of the Bulls will no longer be free for all those who wish to watch the event from inside the bullring. The increase in security costs and the need to ensure the safety of the bullring has meant an increase in the number of personnel contracted to control access to the bullring and to ensure that no dangerous objects might be thrown from the stands. This need for more control has been pushed by both the Government and the City hall and so the Casa de Misericordia feels obliged to cover these costs by charging for the seat tickets to the bullring for those who wish to watch the bullrunning from there during the weekdays. Up to now these weekdays had been free for entrants. José María Marco García-Mina, representing The Casa de Misericordia explained these details at the press conference.

Complete List of Bull ranches and Bullfighters for the 2014 Feria del Toro in Sanfermin.