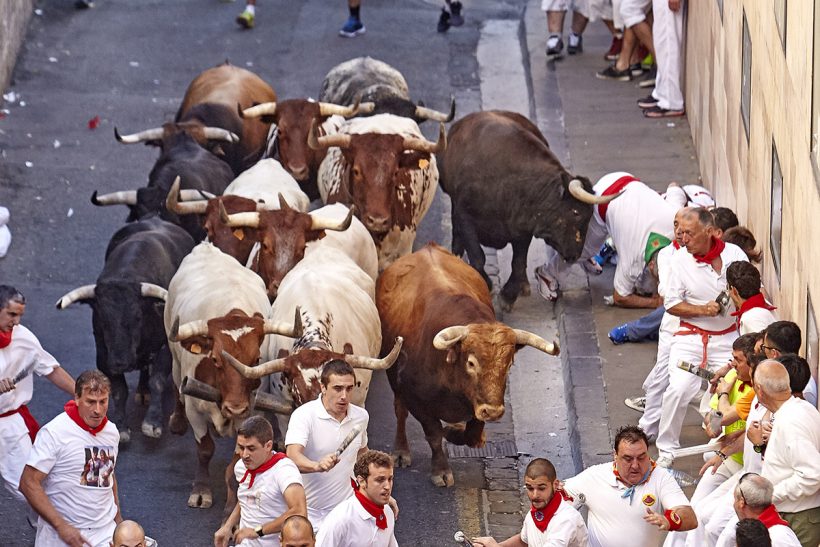 The first goring of this very dangerous second Running of the Bulls of Sanfermin 2016 happened almost as soon as the bulls came out of the pens. One of the bulls bringing up the rear of the pack swung its head to the right and found the leg of one of the veteran runners who always runs from this stretch of the course. He has always been easy to pick out in the crowd because of the green necktie that he wears.

The goring was done in an instant and the bull continues its course without paying any further attention to the victim. Meanwhile the injured runner was taken off to hospital for treatment along with the other runners who received gorings in this morning’s bullrun.