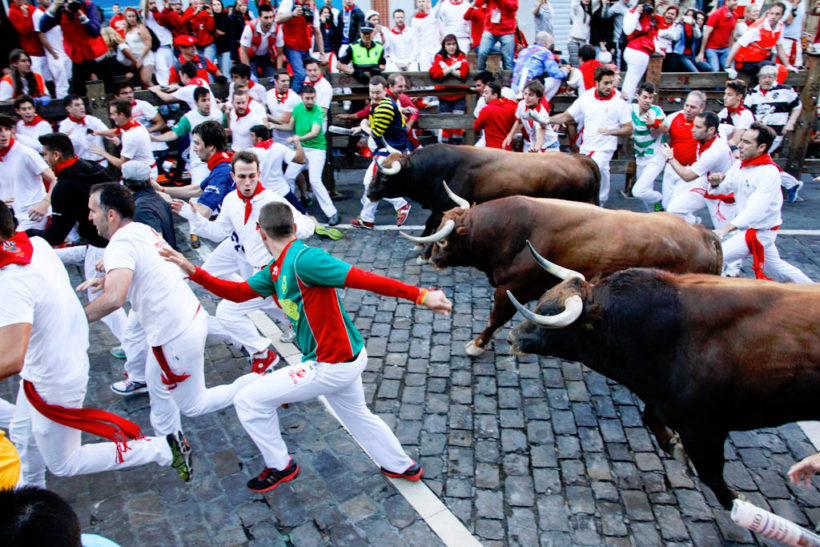 (Written with thanks and appreciation to AFH for his valuable contribution)

“A plague on eminence! I hardly dare cross the street any more without a convoy, and I am stared at wherever I go…”

It is a very human trait to want to be respected, to be highly knowledgeable and to elevate oneself, not only within a social circle, but far beyond. Some would argue that it is innate; linked to our evolution and the limbic system – that part of the brain that primarily integrates emotions, motivations and behaviours. Darwin maybe would have argued that it is actually in our genes as it ensures that the elevated ones are sure to get the girl, to get fed.

Thackeray derided he who would not strive for eminence as “a poor-spirited coward.” Washington Allston would seem to agree in saying: “I am inclined to think from my own experience that the difficulty to eminence lies not in the road, but in the timidity of the traveler.”

In this modern world the desire to attain these heights has a more immediate and less forgiving arena in the online space. The push for “likes” and the need for the most “followers” on a profile drives an online behaviour that appears to be a search for fame and influence. It is even possible to measure how much online influence a person has through their “Klout” score. And it is not simply about posting dreary nonsense in order to get clicks. Andrew Gill has pointed out that: “as social media is becoming more prevalent, and people and companies are using it to make purchasing and hiring decisions, the role of social eminence is becoming critical.”

Small wonder that everybody wants to rise; this is not just influence. In ‘Leviathan’ Hobbes wrote that: “Man strives for power after power and it ceases only in death.” What is power? Eminence! Or as Hobbes more correctly put it: “‘Natural power’ is the eminence of the faculties of body or mind, as extraordinary strength, form, prudence, arts, eloquence, liberality, nobility.”

Little wonder that we strive for eminence when, deep down, we believe it will give us power.

But remember that true eminence is not just about being well known. It is possible to become well known overnight; that is fame. It is also not just about having great knowledge. It is possible to attain great knowledge through the application of ones own appetite; that is being learned. True eminence is about being respected for ones knowledge and experience, being well known for it and, as a result, having influence.

Seeking to advance oneself is always a dangerous game. The temptation to cut corners, cheat a little or even to walk over the bodies of rivals to advance is never far away. Beware that a person is never too high to fall, but more than that, reputation is a valuable treasure that is easily lost. As Baltasar Gracian said: “A single lie destroys a whole reputation of integrity.” Elevate, go and climb higher, but remember “The high road is always respected. Honesty and integrity are always rewarded.” (Scott Hamilton).

Additionally, Nicholas Chamfort pointed out that: “Eminence without merit earns deference without esteem.” Anyone seeking this level should expect to have a long wait and be prepared to put in the effort. But they also need to be careful. “Knowledge can be heady stuff, but easily leads to an excess of zeal – to illusions of grandeur and a desire to impress others and achieve eminence… Our search for knowledge should be ceaseless, which means that it is open-ended, never resting on laurels, degrees or past achievements.” So wrote Hugh Nibley, perhaps warning against hubris and its results.

In the world of fiesta and the encierro, there are plenty that seek an exalted position, despite there being few formal roles. The collective has no appointed leaders or positions of authority and yet many are drawn into the contest to become known, to become respected and to be seen as a figurehead for the masses in fiesta. Newcomers will attempt do demonstrate just how much they know about the history of fiesta. Perhaps they will even write a book, a blog or an article. Others will try to make their name in the encierro and gain respect through that route. Some will simply opt for longevity; returning to fiesta year after year until they naturally assume a position of respect.

Yet none of this is guaranteed to result in eminence. The person who returns time and again to Pamplona may be respected but could simply have lived the same fiesta thirty times over and never learned anything outside of the few bars and streets that they frequent. In the encierro the camera lies and a runner can make it look as though they have had an amazing run, eventually the truth will out. Not only that but respect in the encierro comes from proving oneself not just day after day, but year after year, as Nibley inferred.

Even after all of this, status in the encierro can lead to a false sense of importance. To be regarded as “divino” or divine carries a number of connotations; being so elevated as to be considered saintly, having reached a pinnacle of performance that leads to the runner being beyond reproach, but also a sarcastic or mocking term for a runner who believes themselves to be worthy of this status. To be divino is not necessarily something to aspire to. The divino who challenges the gods of the encierro can soon encounter nemesis in “valiente” form.

There is no shortage of fiesta attendees that are prepared to seek to be someone, to be known. AFH said: “I think the denial of the urge to eminence false, a pose, but its overindulgence ugly.” This implies a fine balance between feeding the desire for influence and not becoming a caricature. The question also has to be asked; “What good is power in fiesta? What does it serve and where does it lead?”

The search for eminence is at odds with the loose and chaotic nature of fiesta. In the maelstrom of Los Sanfermines, wielding power is contrary to the spontaneous, raw alegría. It inhibits it, it seeks to work against it in setting rules in an arena where the suspension of rules has long been celebrated as a cornerstone of fiesta.

And what are these cornerstones?

It could be argued that the key elements are faith, brotherhood, music, food and liberality. These do not leave much room for power to be assumed and employed, except perhaps in the world of faith. Look at the street during fiesta and you will see the evidence of the removal of controls: no or very few police or officials, the people spilling out onto the road, a huge and unmanageable mass allowed to be self-regulating, a 24-hour life, spontaneous bursts of music and dancing, a largesse that the city bathes in.

This is no place for power except that which is confined to pockets of friends or collections of the like-minded. It is a deluded kind of power as there is no real effect. The scale of San Fermín repels power leaving those who desire it to scratch out their exposure where they can: on snatched television interviews, holding court in a bar or restaurant, online activity and the written word that rapidly becomes litter, floating around the dirty streets.

Power and influence are fleeting. Everything passes and fades with time, and even the greatest leaders are only remembered in dusty history books. Shelley and his contemporary Horace Smith correctly observed that great empires fall into dust. In his poem, Ozymandias (written at the same time as the work of the same name by his friend, Shelley), Smith mused: “…what powerful but unrecorded race, once dwelt in that annihilated place.”

Some will tell you that the best parties in San Fermín are the exclusive ones, invitation only, in character-laden apartments of the old town and frequented by aficionados and their groupies every year on a certain day of fiesta. Actually the true joy of fiesta comes from diving into the swirling whirlpool of humanity and letting the flow take you with it. The white and red of Los Sanfermines may seem to some like an inhibiting uniform or a banal lack of individualism, but it is actually to be envied. The anonymous spirit can ignore all expectations and simply surrender to the flow. Power and influence come with shackles, while ignorance is bliss. How many long-term fiesta luminaries yearn to return to the fiestas of their youth? Not only to be young again, but to be free again – free of the responsibilities, burdens and expectations that come with age and influence. The faceless power of the collective alegría is stronger than the individual who has worked for 30 years to be respected on the street.

Up on the balcony of the Casa Consistorial at 11:55 on 6th July, a line of the powerful and influential stand in their pristine white clothes. In their hands a petite glass of cava. On the face of it they are the great and good of the city, the region, but in reality they carry only grey eminence. The masses do not care about them; in fact they regularly jeer at them, chant rude songs and even throw things at them. Up on the balcony it is all polite and careful conversation as they observe the seething mass below on the plaza. The crowd swirls and surges, the joy is about to explode into rapture while the eminent and influential look politely on.

“Isn’t it a marvellous view from up here,” observes one politician.

“Yes,” replies another, wistfully, “but I would rather be down there.”