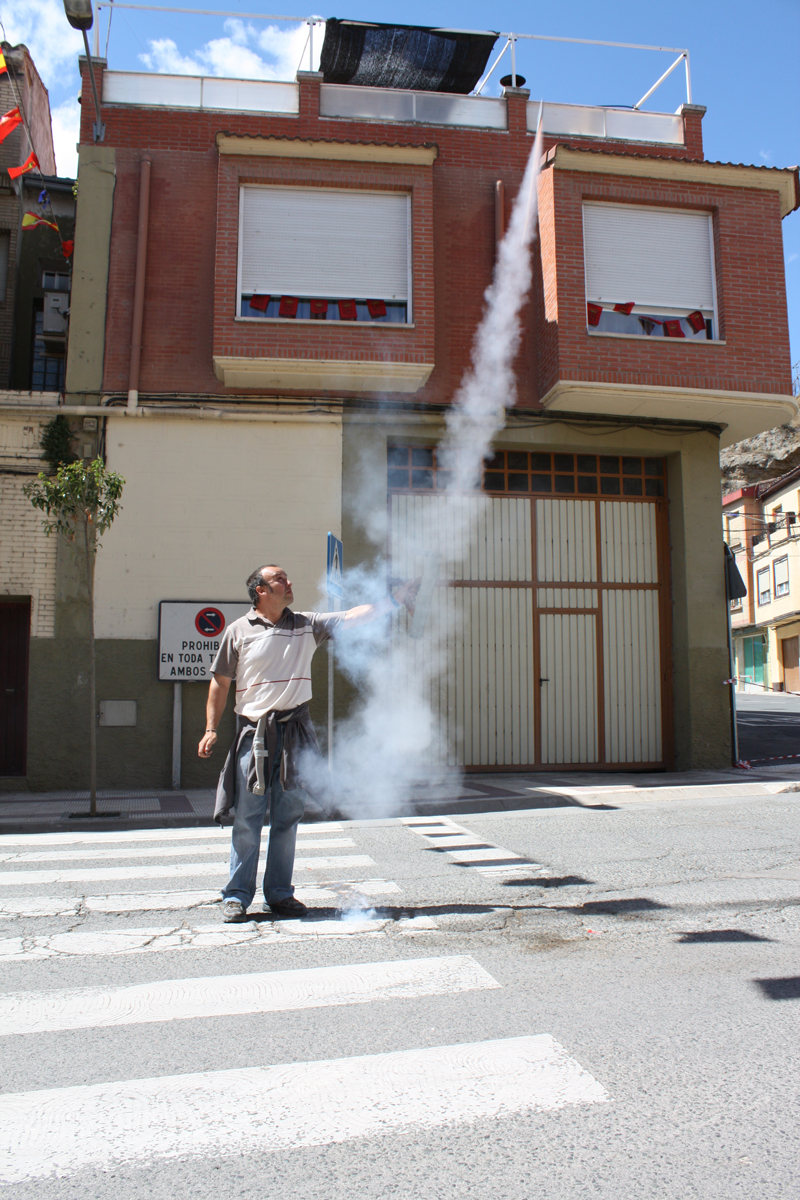 At 8am and in those moments afterwards, you may hear a distant explosion as a rocket known as a cohete reaches up into the sky and leaves a puff of white smoke. The sound tells you that the encierro has started/stopped. It is very rare to see the rocket, it is an anonymous punctuation in the morning – a sign from the gods that the die is cast and the bulls that haunt our dreams have been released.

Elsewhere the cohete is much more visible. Seen in this picture from Funes in Navarra. The cohete is everywhere, and is a crucial part of the encierros. Without the cohete the people may not know that it is time to close their doors, put up their shutters, lock their shops and send their customers on their way for a short time. Without the cohete the group of young people gathered around the bar may not know that a horned animal will be running down the street at any moment. In Fune, for example, this is very serious – on some mornings the streets are so quiet that a vaca or torico can run a lonely line up deserted streets and only meet a person after a hundred metres of emptiness.

The cohete is one of the vehicles whereby the encierros are efficiently run, and they are used widely, though not uniformly. Not every cohete is fired from the hand as in the photograph, and with good reason. One evening in Valtierra we had finished our run, the manada was back in the corrales and the jefe attached a cohete to the barriers and lit it with his cigar. We stood a few metres away awaiting the whoosh and the arcing smoke before the final explosion that would open the gates and send us into the evening to enjoy a fine meal somewhere and talk about the encierros of the day. Instead the cohete remained on the barriers and exploded with an enormous boom that made our ears ring and brought derisory comments from the nearby balconies.

The next day we stood a little further away, and a good thing too as the cohete exploded again. Once bitten, twice shy.