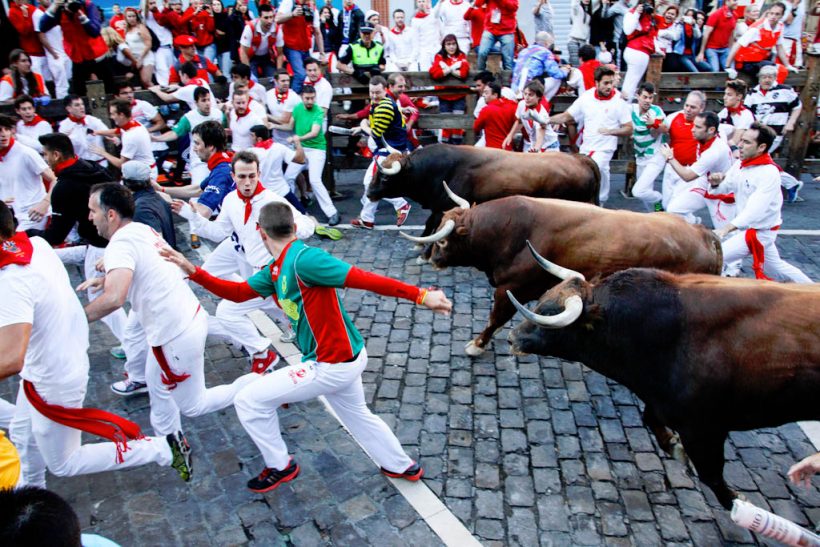 “The Running of the Bulls is just like Russian roulette – you never know what you are going to get” acknowledges Iñaki Vergara, one of the few photographers who gets the permit pass that allows him, as they say, the right to “perch” on the wooden fencing.

Last year it was precisely pure chance that gave him one of his all-time favorite snapshots and one that won him the VI Running of the Bulls Photography Competition for qualified professionals –awarded by Pamplona City Hall. This photo captures three bulls from the Fuente Ymbro bull-ranch, lined together like three athletes as they run after three runners who are also equally caught in a direct straight line.

“The gap which opens between the bulls and the runners, with that empty space and with that exact precision is something that very rarely occurs. The singularity struck me immediately,” relates Vergara. That day, on the 10th of July, 2015, he was located on the fencing of the Duque de Ahumada stretch, just before the final stretch leading down into the entrance to the bull ring.

That photo was published on sanfermin.com, although it was not given a front page place. Really the story does not finish there. Just a few meters ahead of what seemed like the final of the 100-meter- flat race, the triplet bulls all ran close together against the fencing knocking over a huge pile of runners, as can be seen in these images. 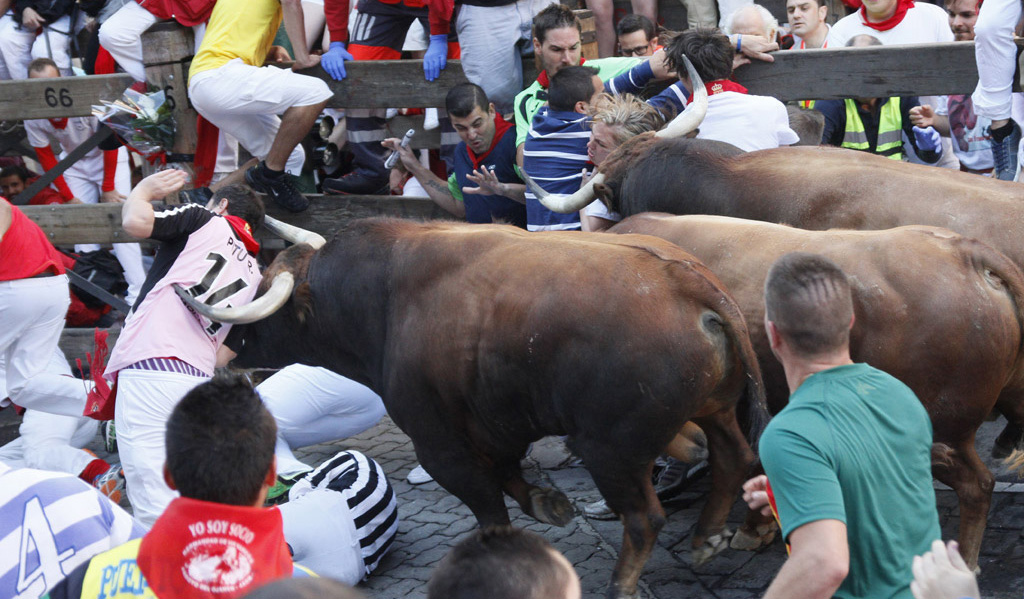 Among the many faces, there is a female that particularly stands out as not many girls or women take part in the Running of the Bulls. In fact, down the years there have only ever been four women who have suffered a goring, and all four of them were foreigners: including a Norwegian, an Australian and a girl from The USA.

Luckily, this time it got no worse than a big scare. However, we guess that the protagonists will not have forgotten that early morning of a Sanfermin Friday when they were surrounded by about 1, 500 kilos of running bulls and six big sharp horns and a feeling of being utterly trapped.

Indeed, that day was a really surprising one: there was not one single runner taken off to the hospital for medical treatment, something that had last taken place in 1988.

This year Iñaki Vergara will once again be in place to rob some spectacular images from one of the most spectacular running events in the world. He describes it: “The feeling of being in front of such bulls with a camera in your hand is like having a freight train come at you pulling six large wagon compartments and heading straight for you. Sometimes, the horns pass so close that two years ago there was a moment when I had to stop clicking photos as I felt the horns come too close to me”. 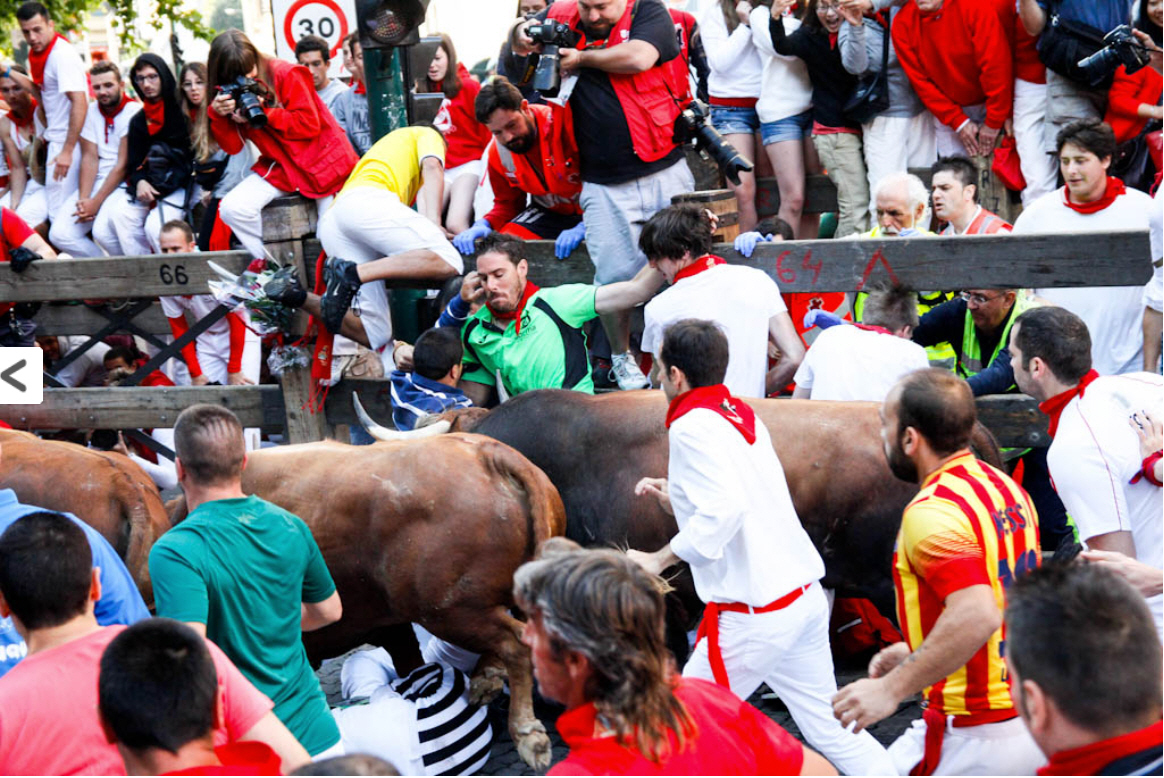 The jury of that particular photography competition was made up of three experts on the Running of the Bulls: Javier Solano, the TV journalist who has been doing the commentary on the event for many years for TVE, Xabier Aldaz, the person responsible for the erection of the fencing and Patxi Pérez, economic vice-president of the association, Periodistas de Navarra.

Among the photos which received awards there is another one from Iñaki Vergara, and three snapshots from photographers who collaborate with Sanfermin.com: Carlos Mediavilla, Mikel Cía and Miguel Fernández. Congratulations and a hearty Zorionak to all of them!