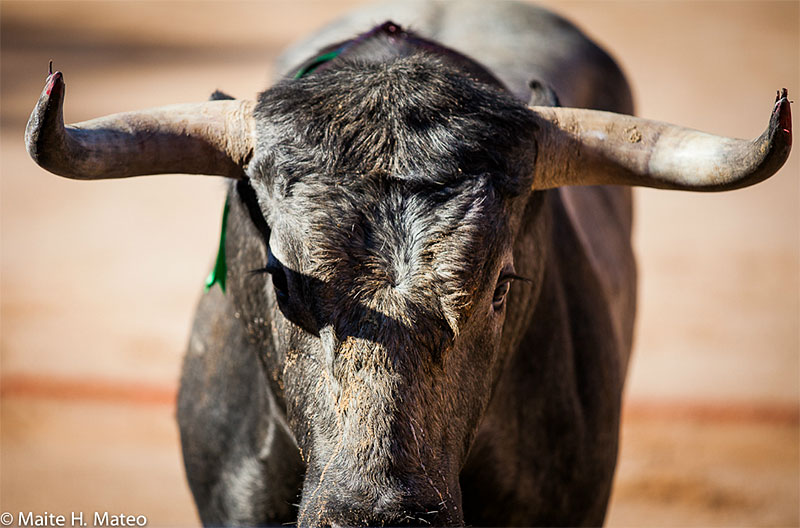 The Cebada Gago Bulls will be on show in the Pamplona streets once again this year. Their sharp horns tend to ensure increased danger in the morning Running of the Bulls. Meanwhile we can but wait to see how the novel Pedraza de Yeltes bull-ranch will behave when they make their debut in 2016. The following information should be helpful to any runners thinking of taking part in this year’s Running of the Bulls event and hopefully ensure that no perilous punctures are caused to the body.

The Fuente Ymbro bull-ranch opens this year’s bullfighting week on the 7th of July. They are best remembered over these past few years for the precarious pile-up they caused in a very dramatic incident at the entrance to the bull-ring on the 13th of July, 2013.

Statistics tell us that they cause more gorings than any other bull-breed. These dangerous bulls return after a four-year absence. In their last appearance they caused three gorings. Their average numbers are pretty awesome: a total of 46 gorings in 27 appearances, which works out at 2, 5 gorings for each time these bulls have run.

Curioso came from this bull-ranch and this particular bull caused a sensation two years ago when it turned back in the middle of the morning bullrunning and ran all the way back to the Santo Domingo pens. Since then, this bull has taken on a legendary halo whenever the Sanfermin Running of the Bulls are mentioned. The bull-ranch are back again this year and we fully except, unless there is an eerie twist of fate, that all six bulls will safely reach the bull-ring after the morning Running of the Bulls.

Novel appearance of this bull-ranch at Sanfermin and all we can do is wait and see. And give them a warm welcome, of course.

The Jandilla are among the fastest of the bull-breeds and in 2015 they had the distinction of causing three gorings and covering the whole course in under three minutes. Quite a feat which will be difficult to beat since a very fast run has almost always meant a fast clean run, without any gorings.

Statistics tell us this is the fastest bull-breed of all.  These athletic-type bulls cover the whole course at an average time of 2 min. 36 min. per running. One of these magnificently-endowed animals ran in 2012 at a speed of 25 Km per hour.

An unpredictable bull-ranch. Perhaps we could consider them as a bit bipolar. They caused 7 gorings in their first three appearances and none at all in their last three appearances. They would seem to be making good progress in that respect – for the movement.

The legendary bull-ranch that never fails to appear for Sanfermin. They have made a name as a noble breed of bull that rarely causes any gorings. Indeed, it took them no less than 16 years to make their first goring. Nevertheless, over these last few years they are showing an increased speed and a more dangerous attitude. Above all, a faster pace. In 2015, they created a new record in covering the whole course in just 2min. 05sec. Could they do it in under two minutes this year?