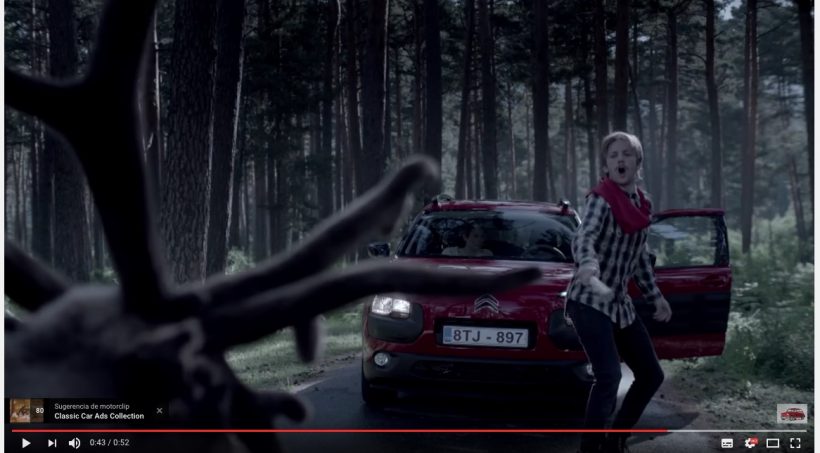 There is a good chance that you have already seen this TV commercial spot as it has made a reappearance just lately on TV. This video of the Citroen Cactus was first made more than a year ago by the Havas publicity company under the slogan “Efecto Made in Spain”. This TV commercial features a vehicle which is made in Spain and it shows how the different owners of this car model from around the world also acquire certain Spanish cultural values at the same time as they acquire the new car. The video advertisement has been made with great care and creativity and it reaches its maximum feature when the owner of this new car model finds his road blocked by a polar reindeer in the middle of a wooded trail and the car must come to a halt. The driver gets out of the car wearing a red necktie just like the Sanfermin runners and he entices the animal as if he was taking part in the running of the bulls in Pamplona and in this way he gets the reindeer to move off out of the way. 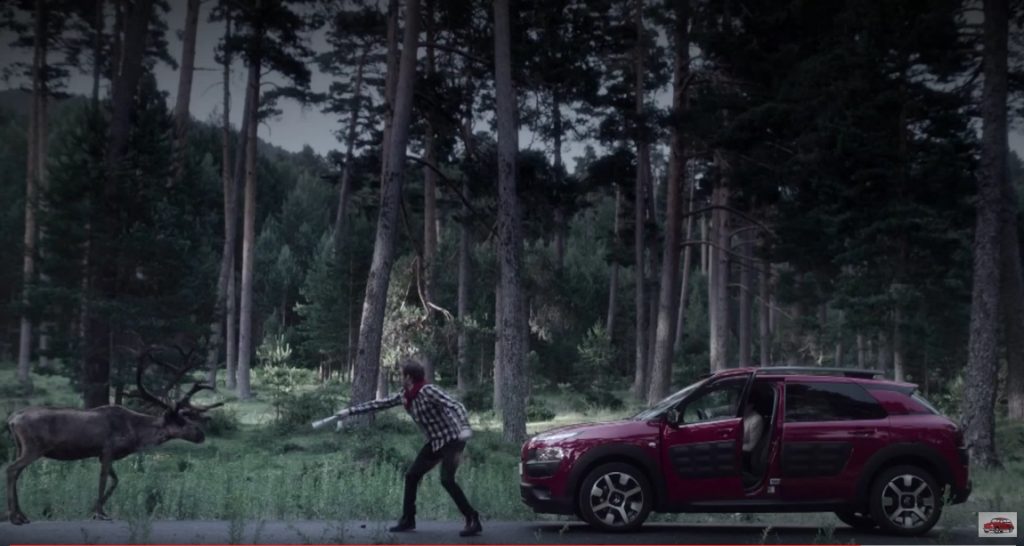 Some cool style is shown by this “runner” in order to get the reindeer to move out of the way so that the car can continue its journey.

On Twitter, Javi Villaverde, wrote us to ask us to comment on this TV commercial spot as he feels it is quite well made and he is surprised that it has not raised more comment in the media outlets. Well, we think he is absolutely right; the fact isthe advert is very well done and its wink to the Sanfermin Running of the bulls is perhaps its very best moment of all. From the comments that we have seen on the video that Citroen produced at the time of the first showings of this commercial, it seems a lot of viewers liked the advert and they particularly praised the “Sanfermin” scene. It has to be said that there were also some negative comments stating that it showed a stereotyped image of Spanish culture with clichédimages like the siesta, the paella and Sanfermin. The creative team obviously intentionally played with these clichéd images of Spain, but within a humorous context, which is also an important characteristic of life in Spain.

Havas aimed to decontextualize typical Spanish customs which are of course, not so typical in Germany (Siesta), Singapore (Paella) or Finland (Bullrunning) and which would provoke surprise and admiration. The agency prepared a good launching campaign and a follow-up which worked very well and which can be followed on Twitter or Facebook at the has tag #efectomadeinspain.

At present, several models of the Citroen vehicle range are currently manufactured in Madrid or in Vigo –namely the Citroën C4 Cactus, C4 Picasso, Grand C4 Picasso, Berlingo, its Electric Berlingo and the C-Elysée. In 2015, 300.000 vehicles from this trademark were manufactured and they were sold in some 60 countries all over the world.