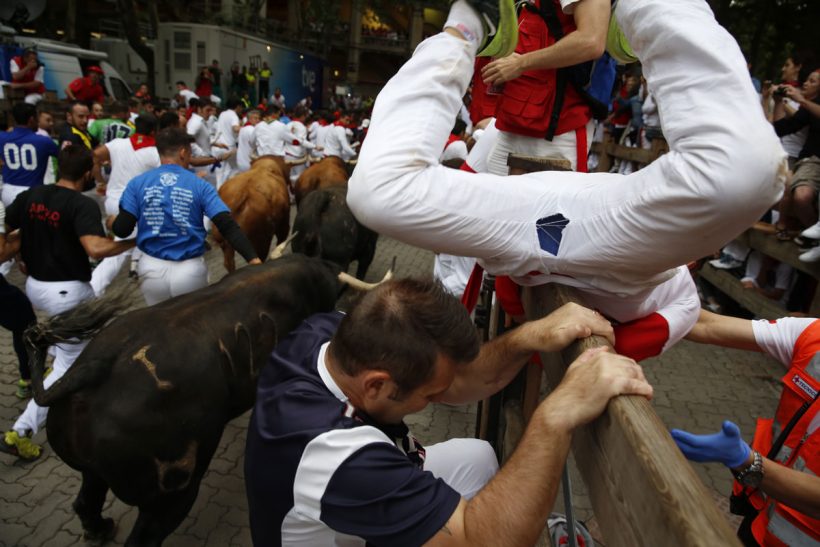 The greatest danger in the seventh Running of the Bulls of Sanfermin 2017,with the Núñez del Cuvillo bulls were those several moments when the bulls, one of them especially, stuck tight to the right side of the fencing. This bull made an early move to the right side on the first stretch at Santo Domingo, where it gored one of the runners, and again, on the Telefónica stretch, where some runners got wedged together and where the bull caused more than a few frights to the runners.

The bulls were not trying to charge the runners but they ran firmly and directly ahead very close to the right side of the fence, where it seems they did not cause any injuries. They did not shape up to charge at the runners but their power and strength “cleaned off” the runners from that side of the fence. Perhaps the most dramatic moment was when this runner had to jump over the fencing. A volunteer from The Red Cross was waiting with open arms to catch the runner on the other side of the fence, but he could not avoid the fall and the rip to the runner’s pants, as can be appreciated in this photo taken by Javier Ibáñez. However, it all finished up without any further mishap.