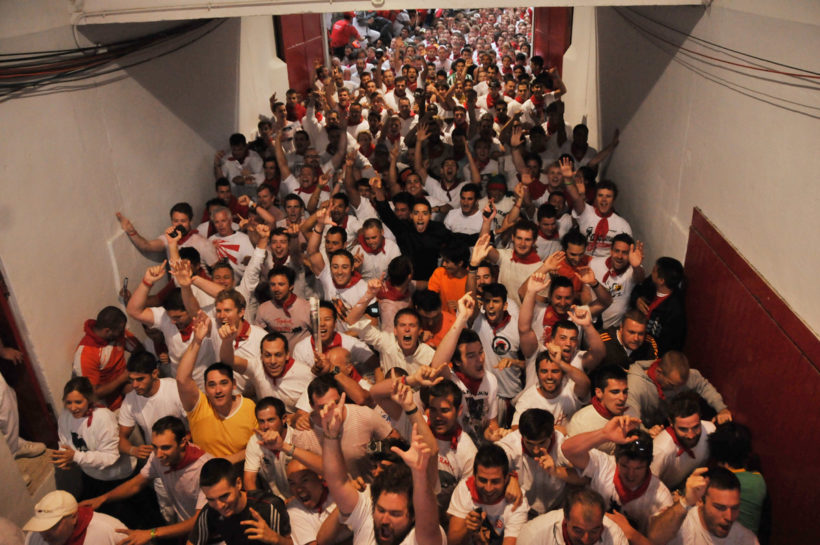 A Sunday in Sanfermin, an overdose of bodies, too many runners in front and much too many coming behind. After the bulls had passed through the entrance, a pile-up of bodies was created by the runners coming behind, right at the entrance gate to the bullring. Some fifty runners had fallen to the ground inside the gate and one of the bell-oxen coming up in the rear, stepped over the fallen runners as it made its way into the arena. Meanwhile, the second gate had been closed to prevent the bulls from turning back from inside of the bullring. Due to the pile-up, the entrance was kept open.

Besides the usual bangs and bruises suffered by the runners in the pile-up, this curious circumstance gave rise to some images never before seen at a running of the bulls. More than two hundred runners were squeezed between the second gate of the entrance to the arena and the crowd of runners pushing in from outside. This claustrophobic situation soon deflated from anger to farce and, as with so much that happens during Sanfermin, the whole thing was soon taken as a bit of a laugh and a joke.

More pictures of the moment