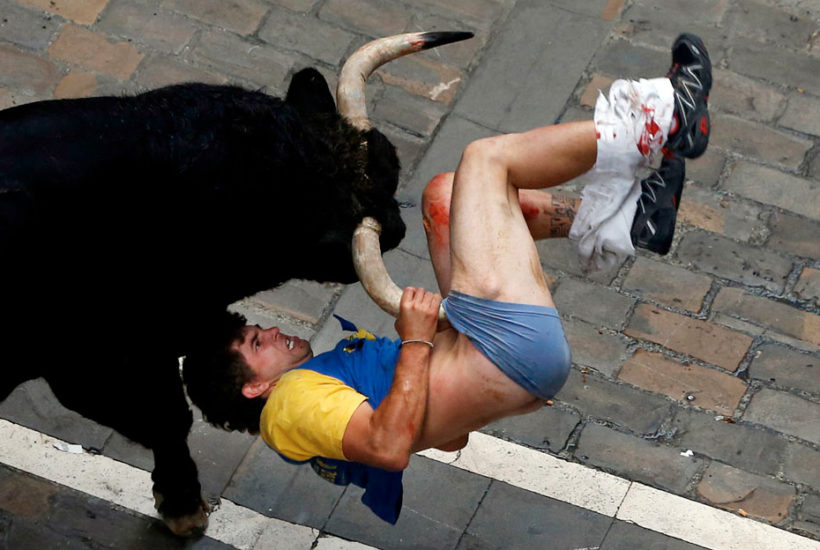 The Reuters Agency has summarized 2013 with 93 images in the Full Focus section. Among the images is one from the Running of the Bulls taken by the Pamplona photographer. It is quite an achievement to gain a mention from among the thousands of photos taken by professional photographers from this media agency each year. the snapshot was taken with a Canon EOS-1D X, lens 70-200mm, f5, 1/500, ISO 2000.

However, beyond its technical excellence, the story behind the image as told by Susana herself is well worth checking out. See the blog of Susana Vera.

“My mother grew up watching the San Fermin bull runs from the same balcony on Estafeta Street from which I took the photo of Diego Miralles getting gored by an El Pilar fighting bull named Langostero. I have been going to that very same balcony, which happens to be at my uncle’s dental clinic, once every San Fermin festival since 2005, when I first started photographing the running of the bulls in Pamplona. But I had never documented such a terrifying moment in the past. That morning my blood froze in my veins as I witnessed for a whole minute how Langostero repeatedly charged at Diego Miralles, goring him three times, in his groin and legs. I never thought 60 seconds could feel so long. I kept on taking photos, trying to stay focused and still, as the drama unfolded in front of my camera. For a while I heard nothing, I’m not sure if my brain just blocked the noise off or people went mute for a few seconds. And then, all of a sudden, I heard screams and the sobbing of a young girl that had come to the balcony with her family to watch the bull run. The tears of a middle-aged woman followed. I didn’t put the camera down until I saw another runner help Diego Miralles get through the fence to receive medical treatment. Miralles could have died that morning. He said in a newspaper interview that he thanks Saint Fermin, the protector of runners, for watching over him. Langostero, the bull who could have killed him, was killed himself during the afternoon bullfight. The other five bulls that ran the “encierro” with him that morning met the same fate on the sand of Pamplona’s bullring.”

You can find the complete scene at Sanfermin.com thanks to the exceptional work of Mónica Sarasa from FotoXpasion on the 12th of July from a nearby balcony from where Susana Vera was working. 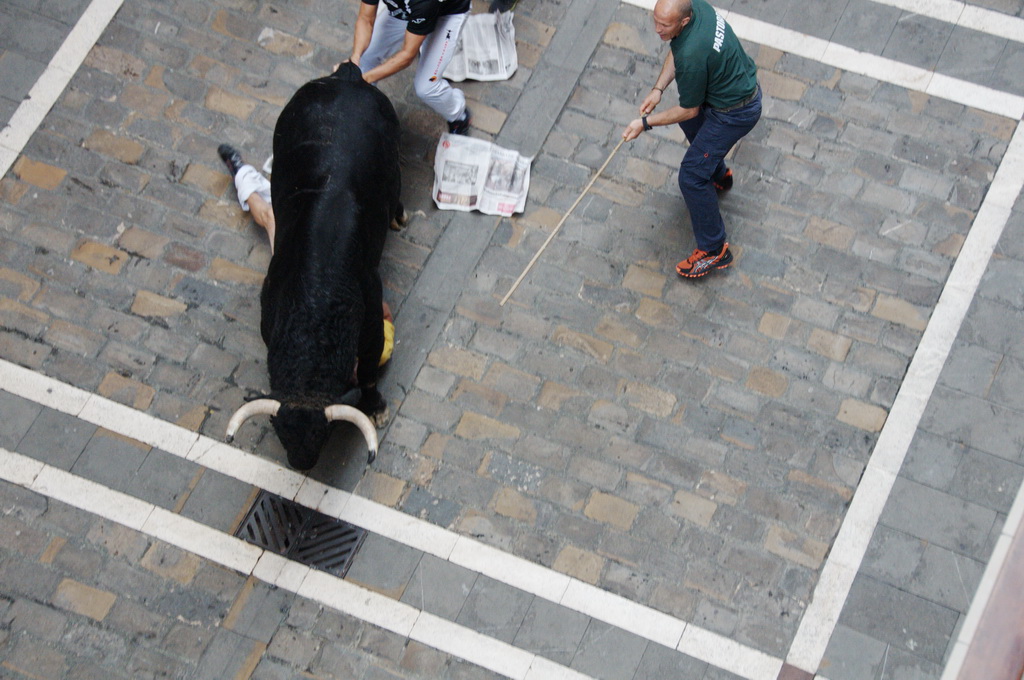 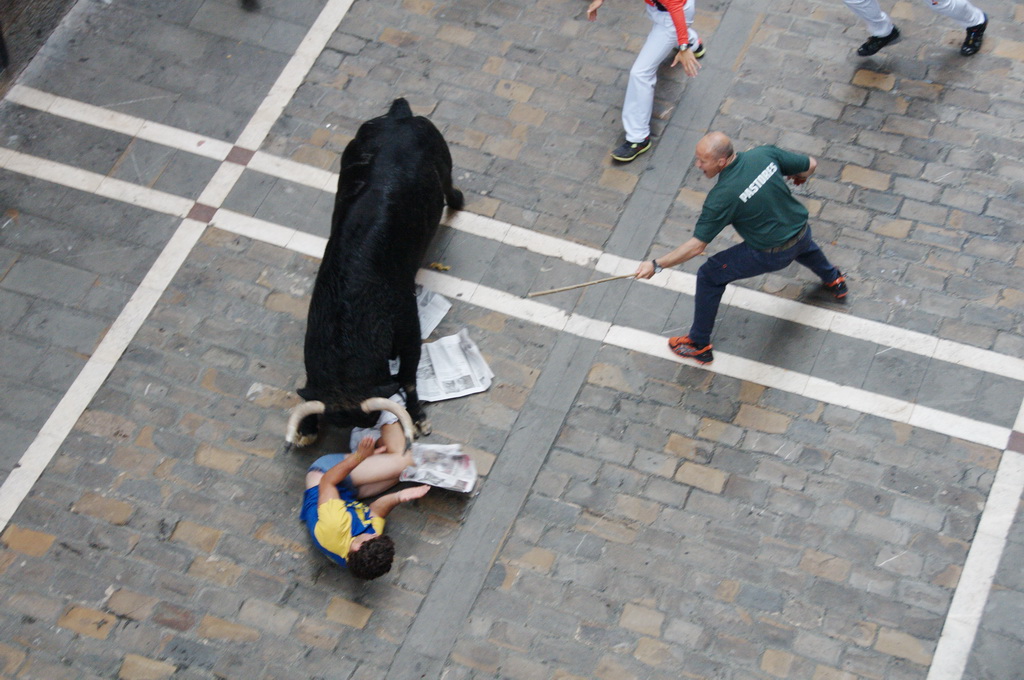 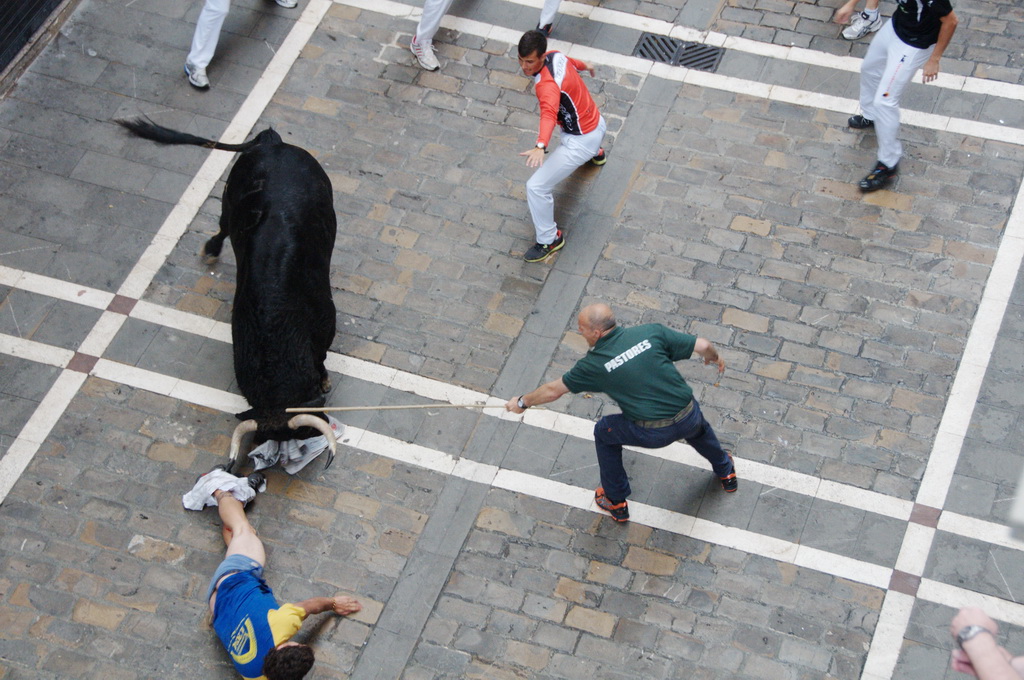 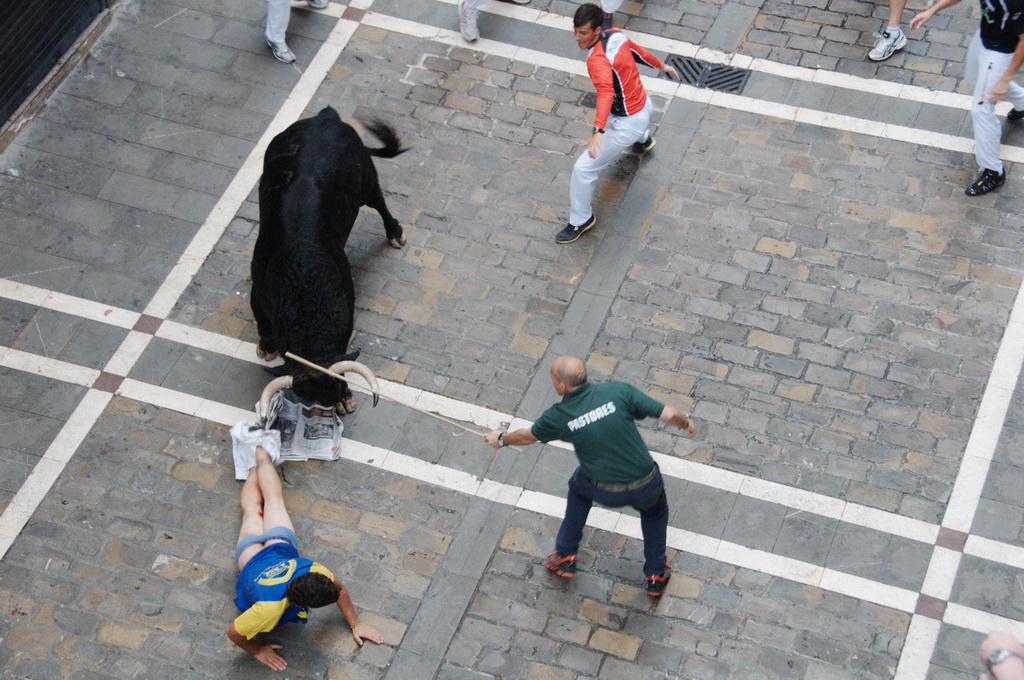 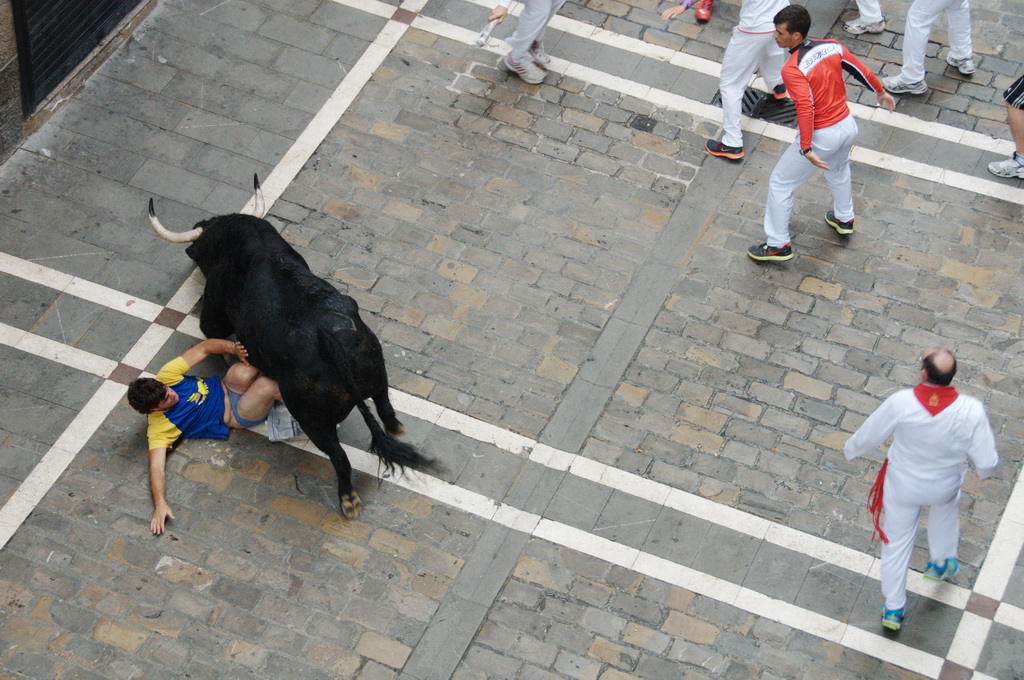 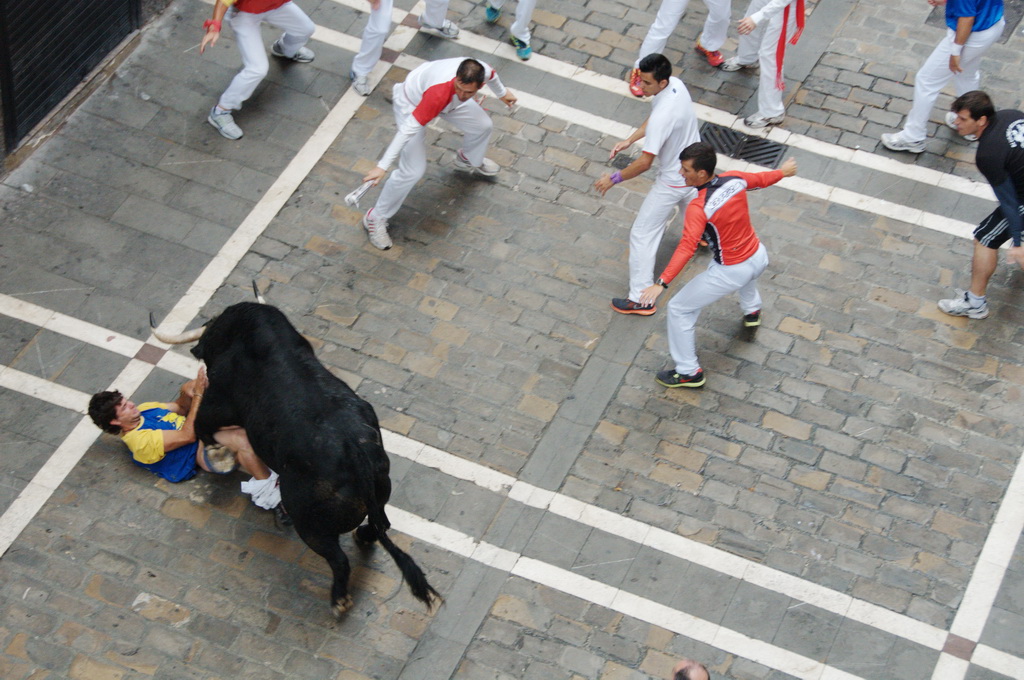 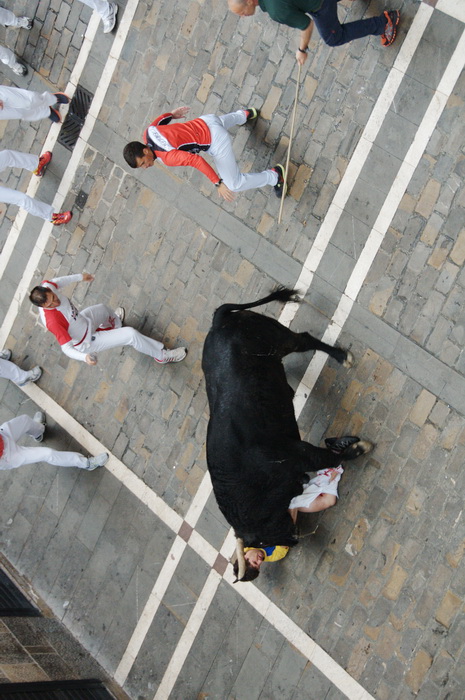 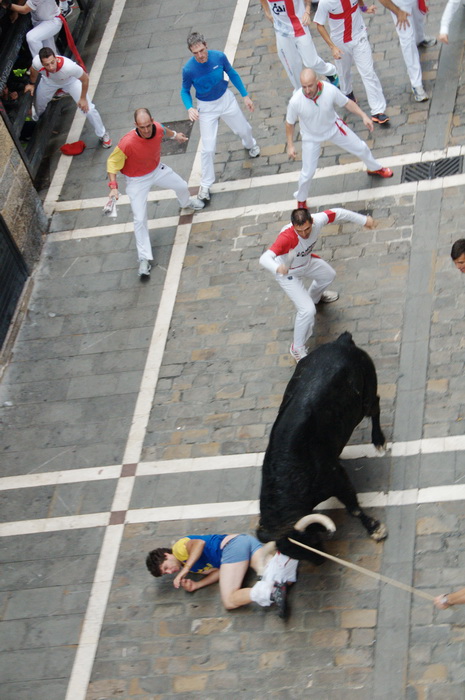 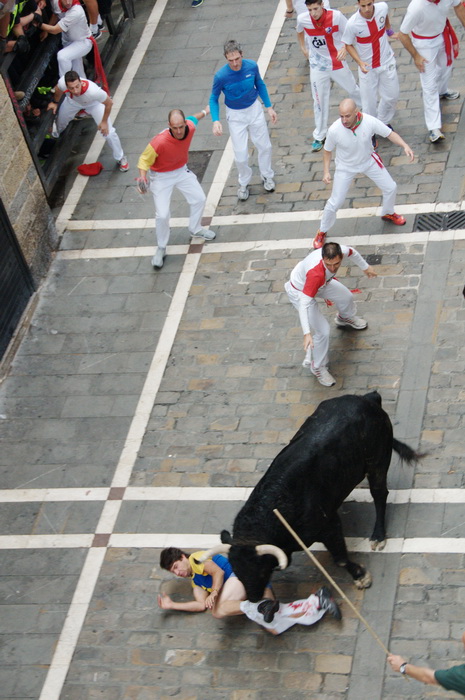 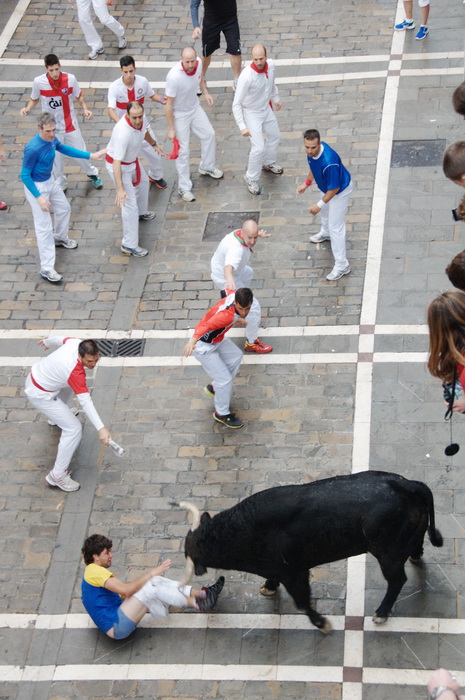 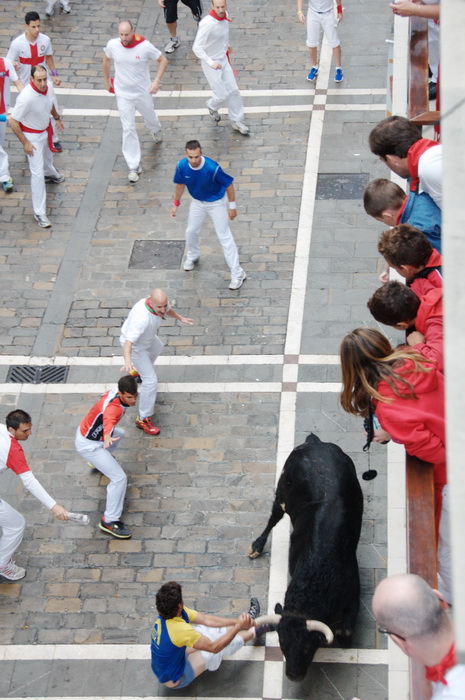 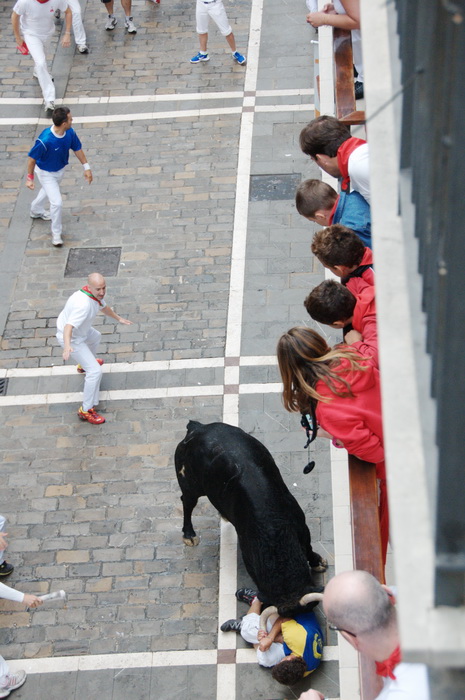 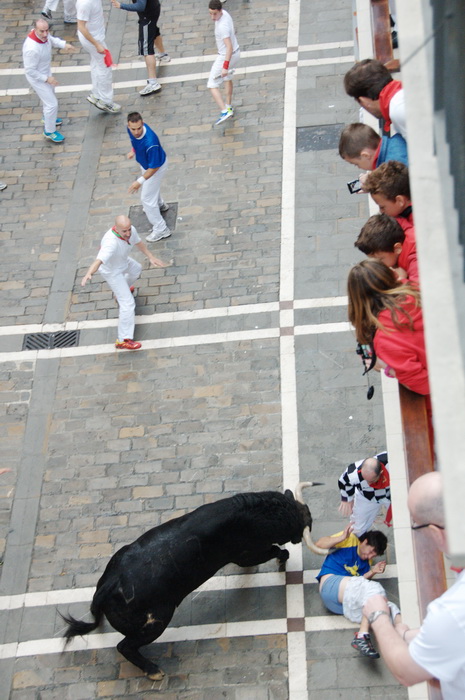 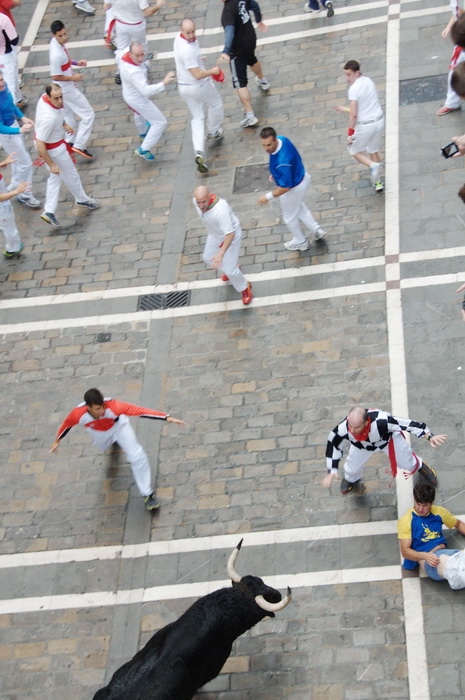 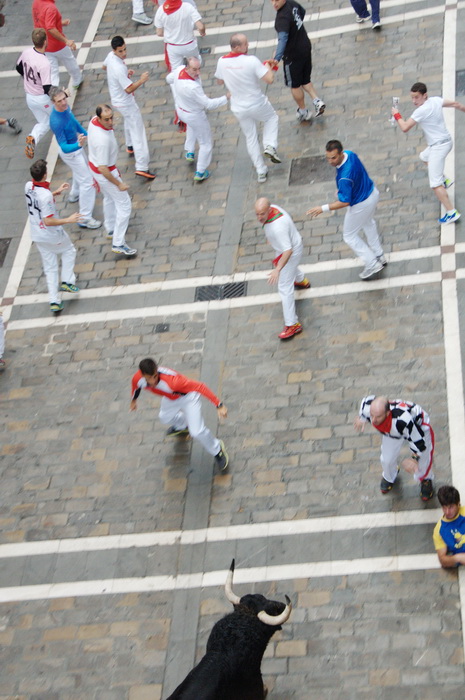 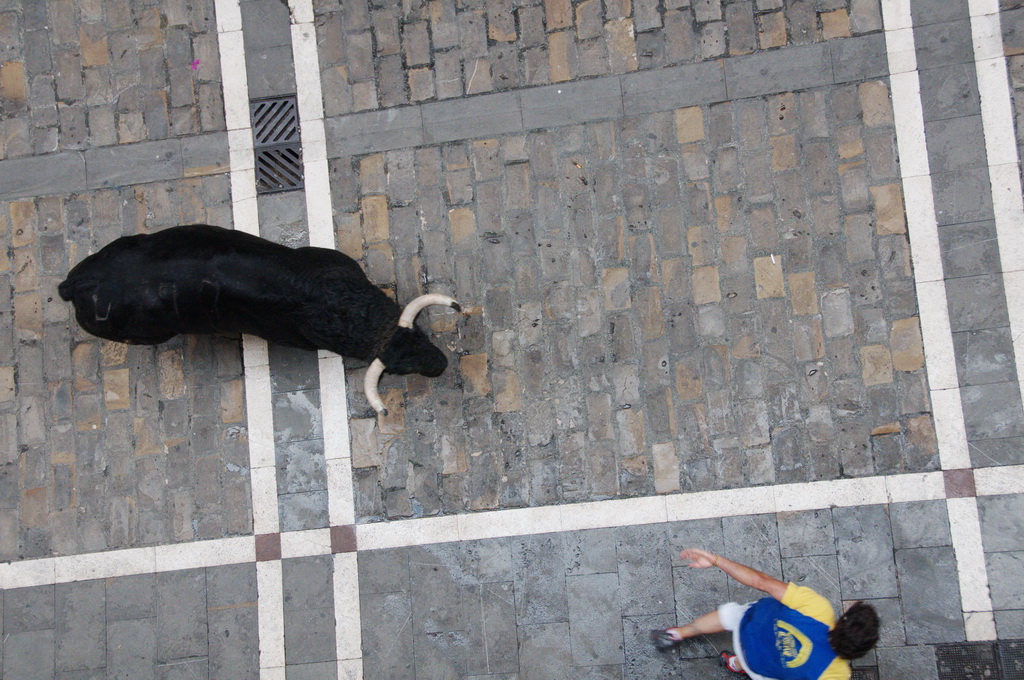 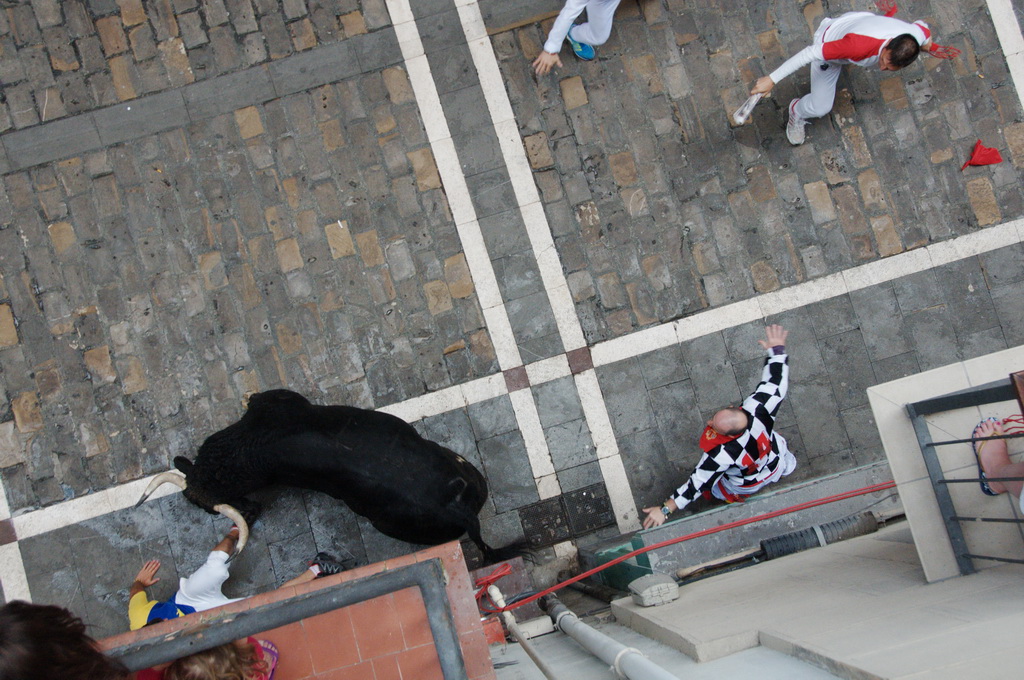 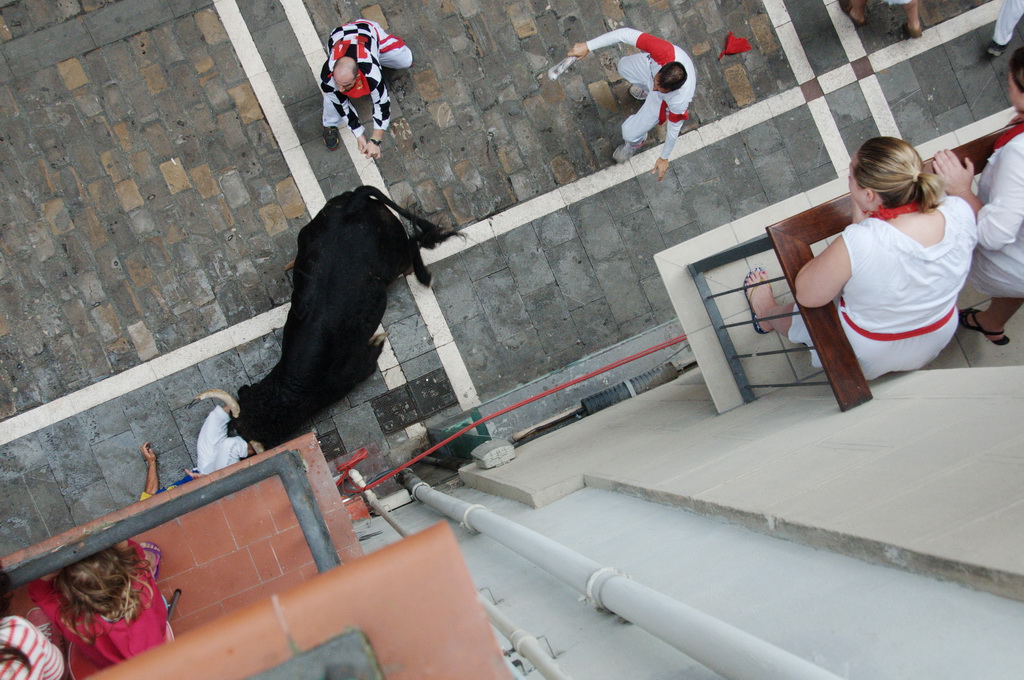 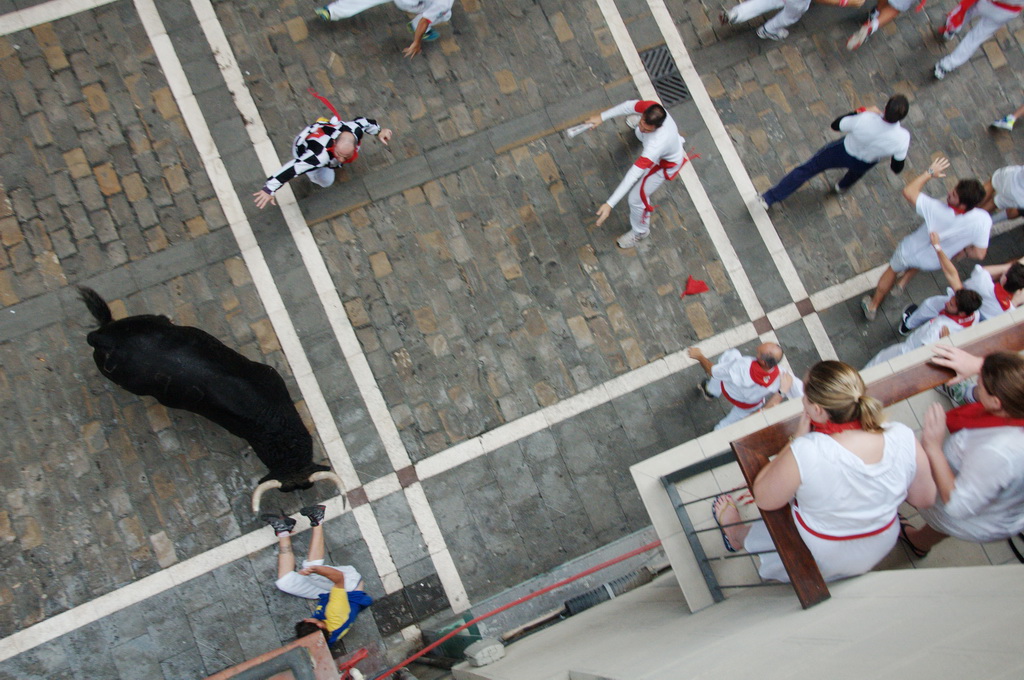 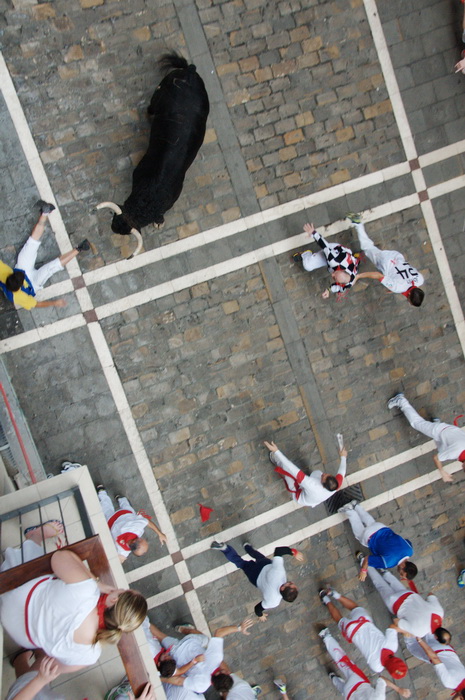 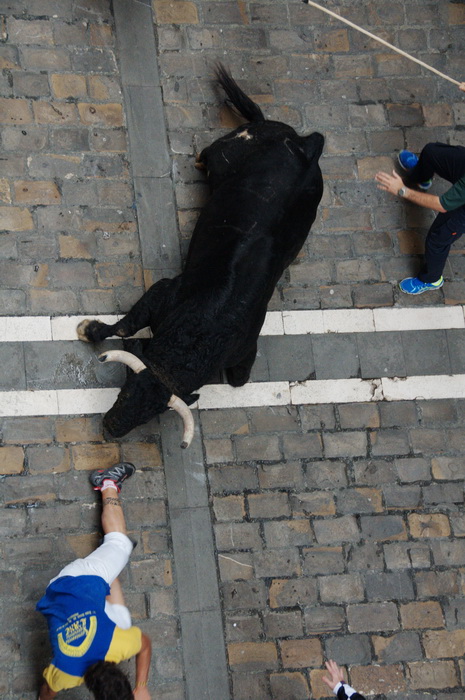 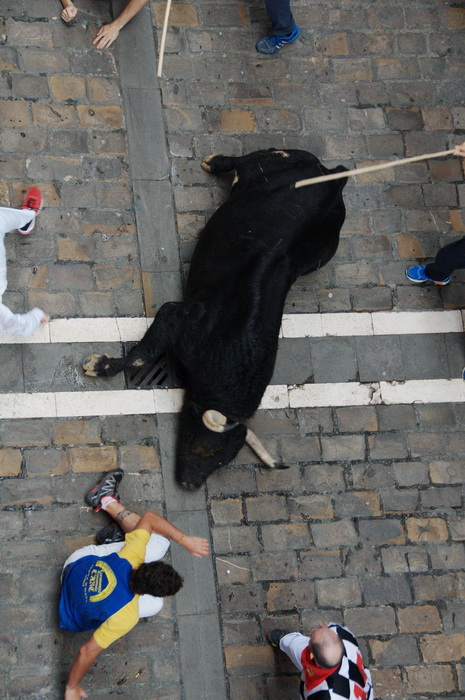 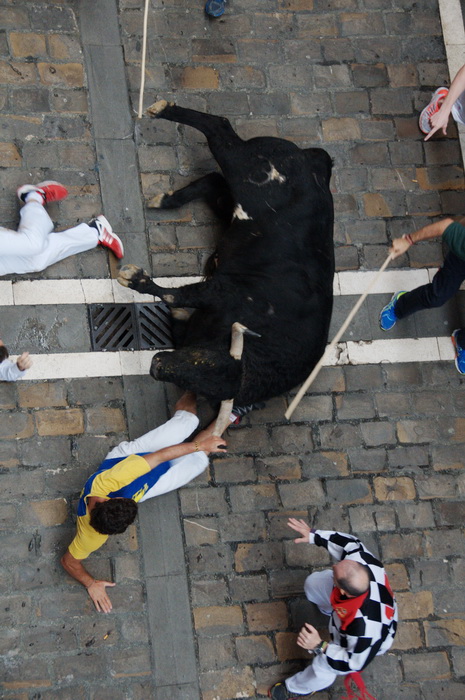