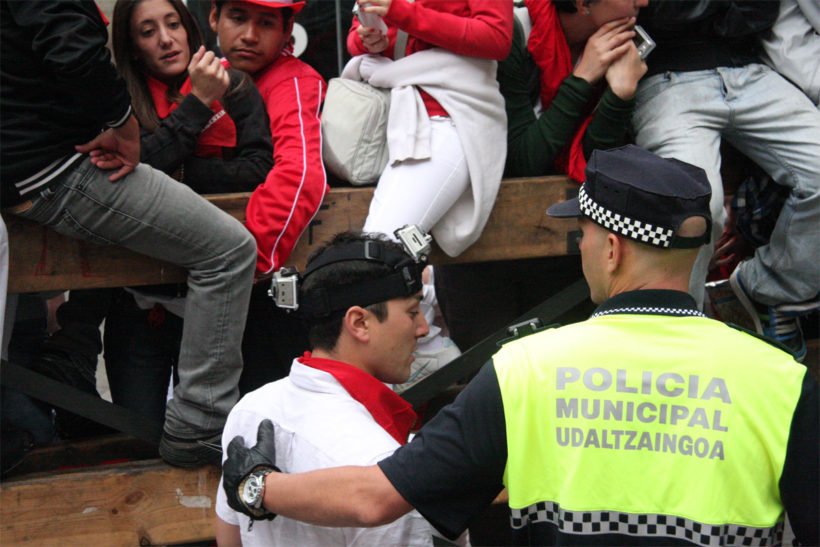 The fifth item of the by-law dealing with Sanfermin 2012 and which regulates the recommendations and prohibitions on taking part in the running of the bulls, this year specifies that neither video cameras nor photo cameras or any kind may not taken on to the course. Quite a few runners have tried to ignore this safety measure but few have succeeded over these first few running of the bulls of this year’s Sanfermin fiestas.

This very morning, during the running of the bulls featuring the Cebada Gago bull-breed, one young runner was removed from the course because he was wearing a helmet with two GoPro cameras in order to record the run. Nevertheless, the Burn trademark, which is owned by Coca-Cola, has convinced Pamplona City Hall to make an exception in their case and to allow six runners wearing two GoPro cameras to take part in the running of the bulls. The images from this experiment can already be seen at the official web page of Burn.

More photos from the 9th of July