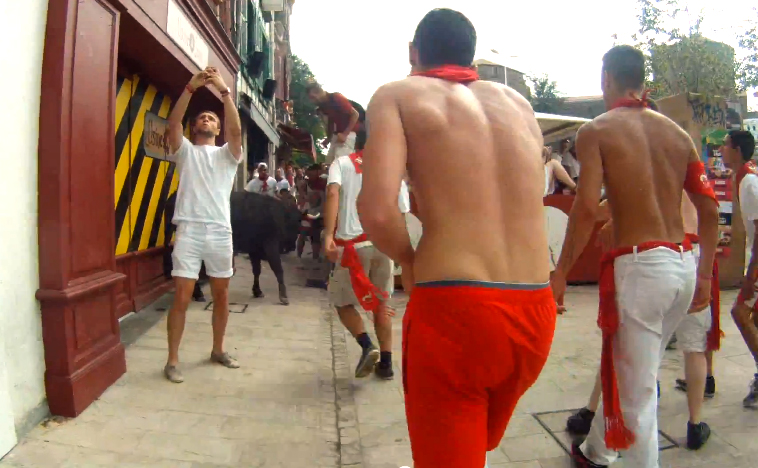 It had to happen….when you take part in a bullrunning and you have the bright idea of taking a “selfie” in the middle of it all, you will get caught by the bull sooner or later. In this case it happened at the Fiestas in Bayonne and luckily, the protagonist was just a steer and not a bull. As we can see from this video posted on YouTube by Lexflex Freeman the steer tossed the runner without causing any real damage when he was trying to take a selfie. When you try to take a selfie like that in the middle of a bullrunning you risk getting a goring and maybe be the cause of others getting one too. In this case, we don’t know if the runner was given a fine or not.

Meanwhile the runner who took a selfie in the Pamplona Running of the Bulls, during Sanfermin on the morning of the 11th of July in 2014 remains undiscovered. In the Pamplona Running of the Bulls there is now a City Hall ruling which prohibits taking selfies. But that particular runner seems to have got away with it, despite the efforts of the municipal police to track him down and force him to pay the fine. But the craze for selfies has spread and there seems to be no stopping it.