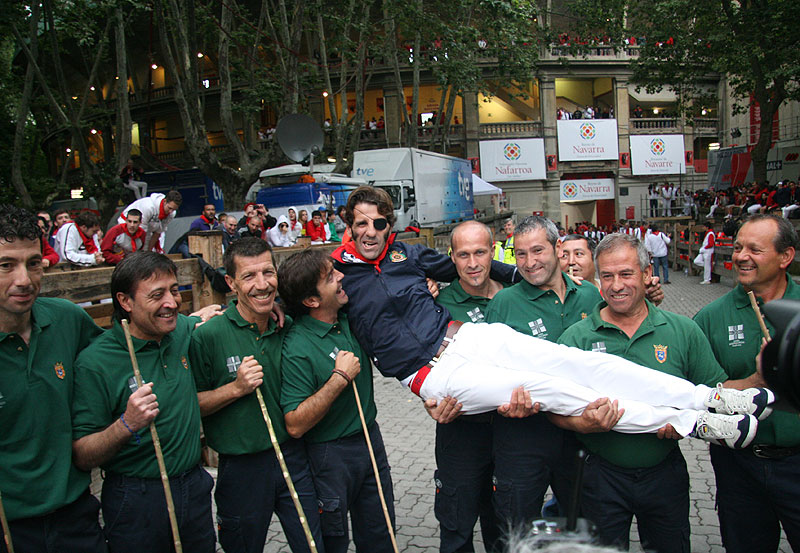 Three days before his scheduled fight in the bullring, the well-known bullfighter, Juan José Padilla, today took a stroll along the course of the running of the bulls some minutes before the run began. The matador exchanged greetings and handshakes with photographers, first aid workers and some of the bull-minders and even stopped to chat to some of them.

This bullfighter has previously taken part in the running of the bulls in earlier years but on this occasion he preferred to watch the running from the other side of the fence. His presence did not go unnoticed for the large crowd. Many of the aficionados from Pamplona have a special fondness for this bullfighter as he has shown his bravery and skill in some memorable performances in the Pamplona bullring.

Padilla suffered a brutal goring in a bullfight in October last year in another bullring when he lost his left eye and he now returns to the Pamplona bullring for the first time since his serious mishap. He will make his appearance on the final day of the bullfights on the 14th of July with bulls from the Torrehandilla-Torreherberos bull-ranch.

Photos from the 11th of July