This North-American woman was today handed the 14º Premio Guiri del Año (‘Foreigner of the Year’). This annual award has been sponsored by Kukuxumusu ever since 2004 during Sanfermin Fiestas in recognition of the important role played by foreign visitors in the fiestas and who live the Sanfermin fiestas with passion and enthusiasm year after year.

Lucinda Poole is a 60 year-old woman from Chapel Hill (North Carolina) and she has been an enthusiastic fan of the fiestas and linked to Pamplona for more than three decades. In fact, she is author of a guide-book on Sanfermin Don’t Be a Foreigner in Sanfermines (1982), of which some 10.000 copies have been sold. She is also a habitual collaborator with the Navarra International Press Office where she helps foreign correspondents in their work during fiestas. This latest ‘Guiri ‘ winner of the Sanfermin fiestas is thrilled to have been selected. She knows exactly why these fiestas are so singular and so popular : “It is all pure enjoyment. A community of people from all over the world, who come to Pamplona all ready to have the time of their lives”.

The award was handed over by Mister Testis, the popular Kukuxumusu blue bull, who also played his role as a host in the award ceremony. There were also several staff members from Kukuxumusu in attendance as well as a considerable number of Press Correspondents. Likewise, in attendance were several of the previous winners of this award, of several different nationalities: the North-American Catherine Donnell (2012) or Englishman Frank Taylor (2009).  Some of the familiar of German Manfred Walloschke (2007) came in his representation, absent himself this year from Sanfermin. 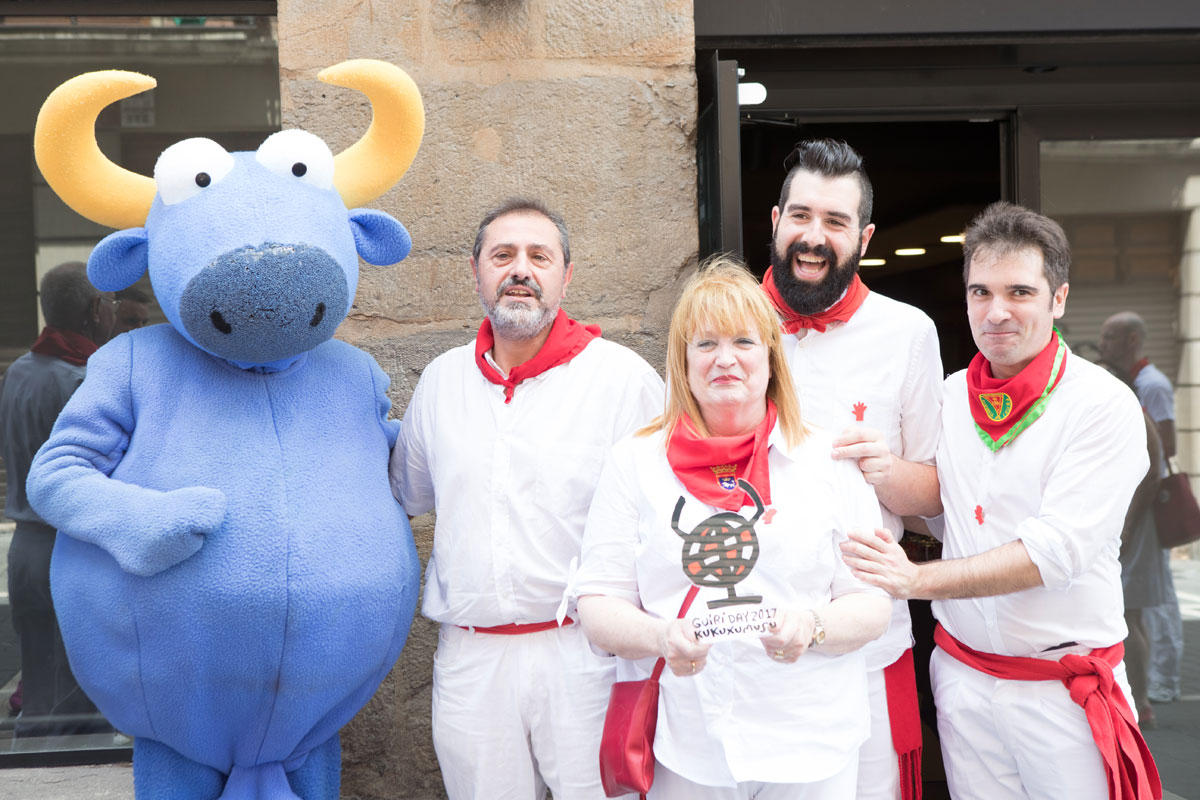 The commotion following the naming of Lucinda Poole as this year’s winner of the Guiri Award, thrilled Ms. Poole, who found a big response from friends and media alike in the days following the announcement of her award and some congratulations were even coming from the other side of the Atlantic.

After the award was handed over, the fifty-odd people in attendance partook of some snacks and drinks followed by a sit-down meal in the sociedad Nainere social club. There was an interchange of presents made by several of the different nationalities among the large group and soon a babble of languages could be heard along the tables, English, Swedish, French or German among others. 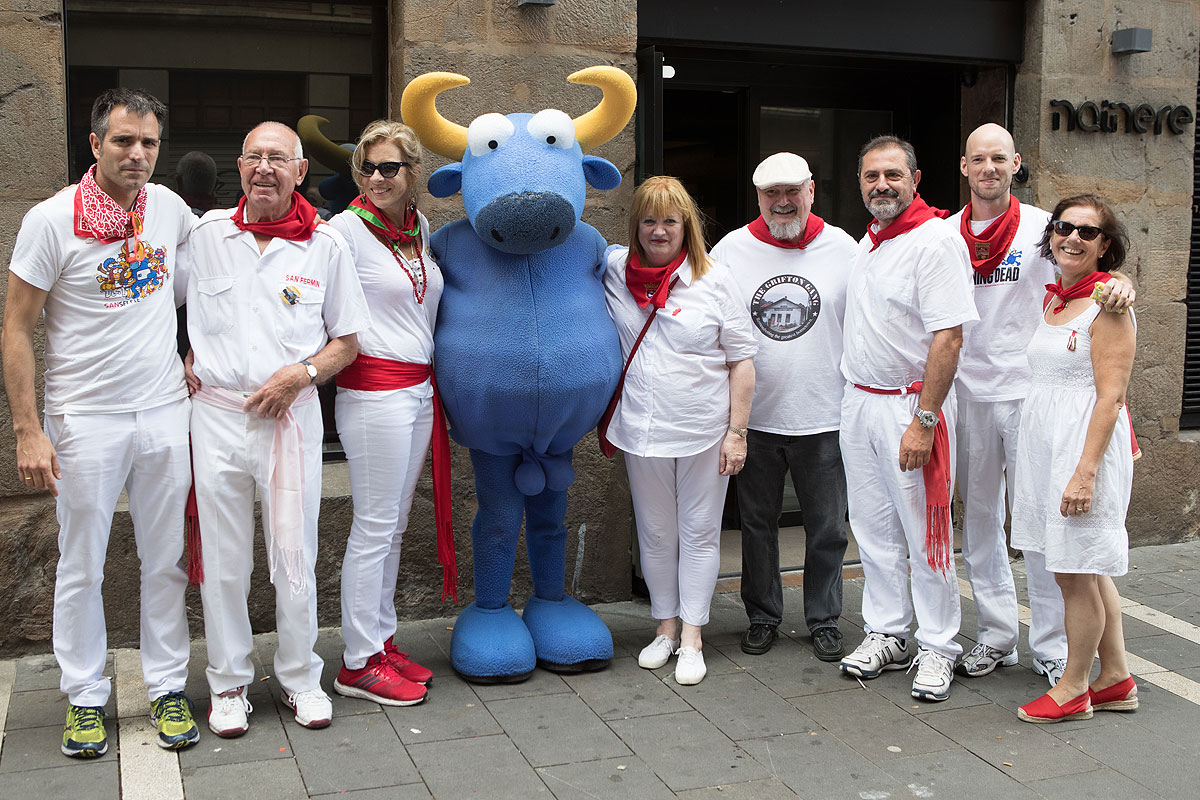