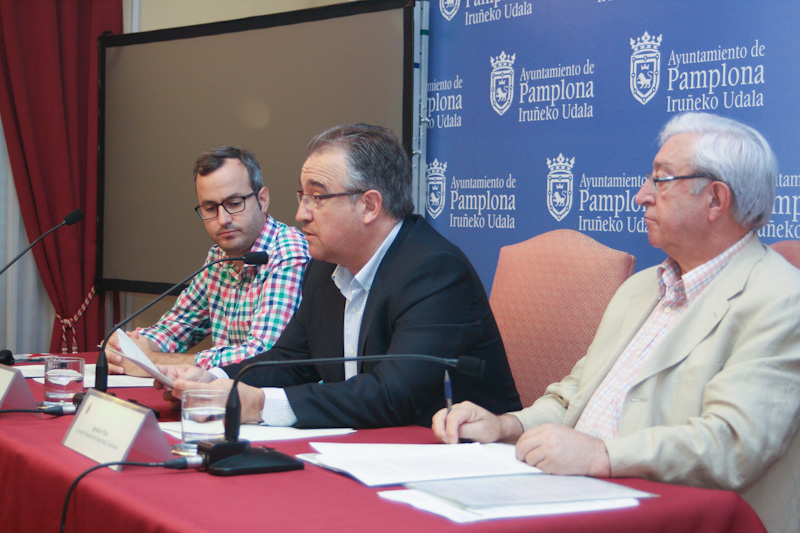 With the Sanfermin fiestas now at an end, Pamplona City Hall has just made their evaluation of the festival. It was very similar to last year in terms of numbers with a very similar number of hotel bookings, number of participants and in the number of incidents. The mayor, Enrique Maya, has just held a press conference to provide some official figures and to sum up Sanfermin 2012.

Among the data offered by Mr. Maya, was a figure of 85%, for hotels and boarding-houses while the first weekend this figure was just about 100%. On the other hand, the second weekend showed 25% less occupation.

With regard to the Running of the Bulls, city hall numbered the runners as 4, 200 on Sunday, 8th while on the final day of the runnings, the number dropped to 1, 900.

It is worth pointing out that the most important festival music spot for the large number of attendance was now the at la plaza de los Fueros, which had a total of 93,500 people, 38% higher than last year. In second place was the plaza Del Castillo, with 87, 500. The most-watched event of all was the nightly fireworks event with an estimated total attendance of 819.000 spectators. 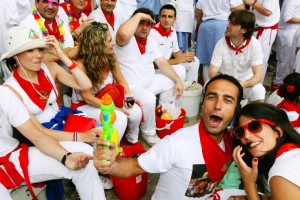 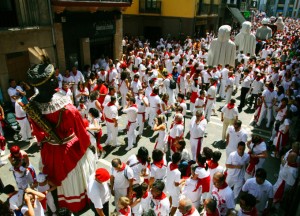 Police complaints and reports figures are very similar to previous years. There are some curious figures, such as 1.951 formal complaints made (3% less than in 2011). Some 1.163 were for larceny and theft; 202 for robberies and 293 for fights and scuffles. In total, a figure of 203 people were arrested. The figure for the garbage collection was around the million kilo mark, very similar to last year.

Besides the fact and figures, the mayor also lamented the suspension of the Riau-Riau, “a blow to the wishes of the people”, and he acknowledged that this event would have to be given a lot of thought over the coming year.

See all the numbers