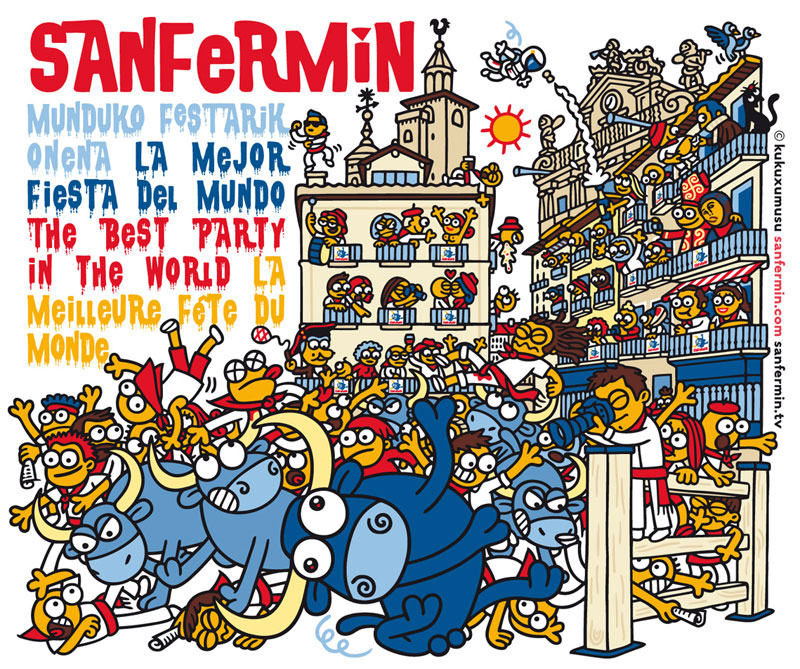 A bull which is slipping up on the Mercaderes corner but that still has time to give a friendly wave is the main personality of the Kukuxumusu special tee shirt for Sanfermin 2013. This same drawing has also been used as a graphic image for the RTVE state television channel.  The drawing sends out an optimistic message and has a special appeal in these trying times that we are going through.

“This is a low-angle shot of the Mercaderes corner,a classic sanfermin photo spot, where one of the bulls is slipping up and is losing its posture but before it crashes to the ground it manages to make a friendly wave”, explains Mikel Urmeneta, creative director at Kukuxumusu. The rest of the running of the bulls is going on behind but with an impossible perspective in that we can see such iconic buildings as San Cernin church and City Hall. There are also some cute acknowledgements being made in the drawing to some current social events such as the person in disguise who is slipping an envelope into a “crack” ; San Fermín taking a snapshot of himself with the Ecce Homo de Borja; the Gangnam Style or the stratospheric jump made by Felix Baumgartner. 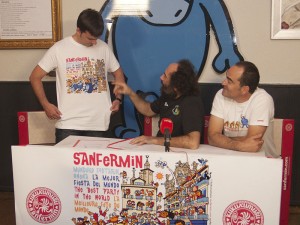