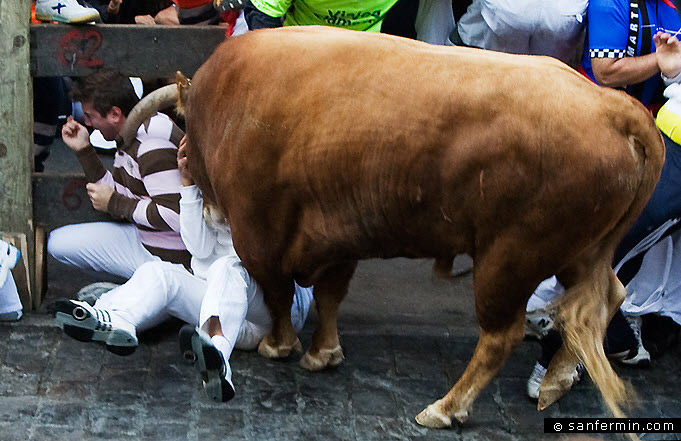 Today makes it exactly four years since the death of runner, Daniel Jimeno Romero, the last runner to receive a mortal goring in the Pamplona running of the bulls.

Born in Alcalá de Henares, this young man was an experienced and skilled runner and an ardent fan of the running of the bulls. He took part in many of these events in different parts of Spain, such as Sansebastián de los Reyes and other such towns, but his favorite of all was the Pamplona run.

It was here in Pamplona just four years ago that he received a fatal goring to his neck from the horn of a bull called Capuchino that belonged to the Jandilla bull-ranch.  He was rushed to hospital by the emergency services, but from the first moment, the medical service saw that his state was “very serious”. He was immediately operated on but David died almost immediately as his condition was too far gone to be saved.

Today, his parents and friends placed a wreath at the Telefónica stretch of the course, where the runner received the fatal goring. 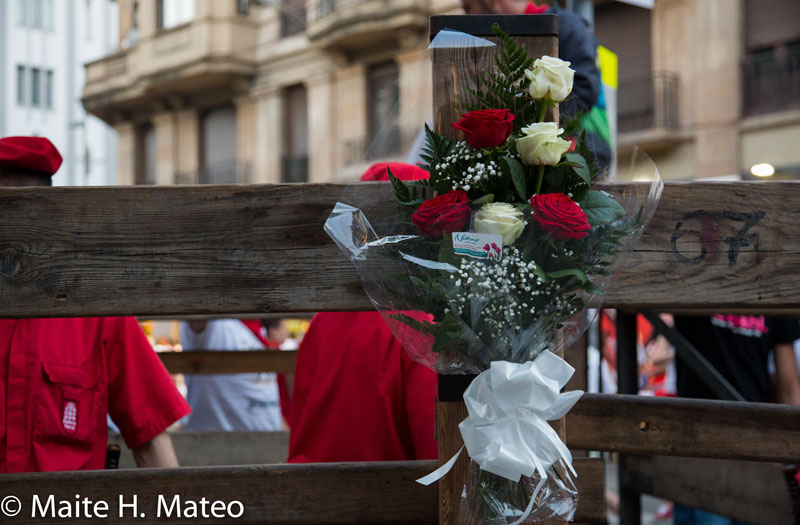