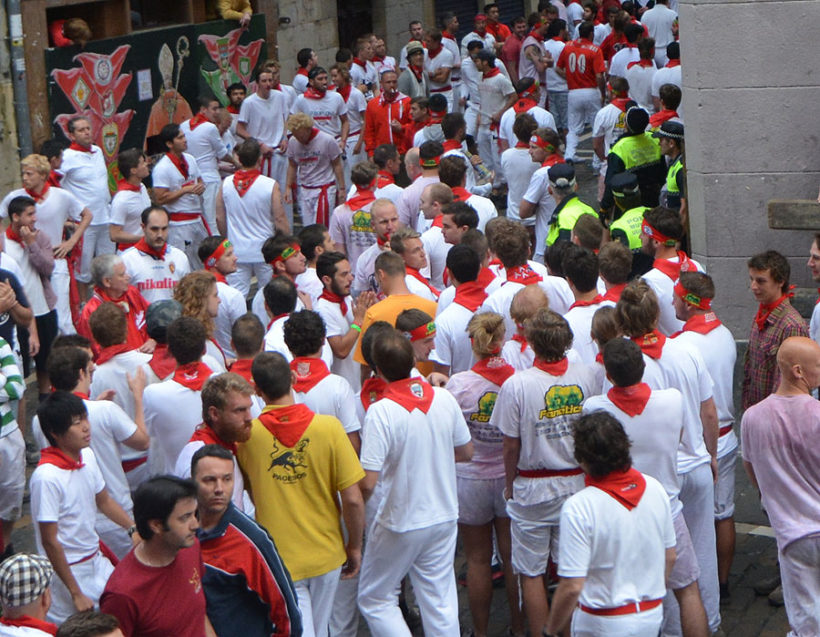 Right up to eight o’ clock in the morning, four municipal policemen ensured that nobody could gather at the corner of Mercaderes and Estafeta, as a new norm came into force this year passed by Pamplona City Hall, preventing the gathering of any public on this corner.

“To be standing waiting, before the release of the bulls from the pens, in any kind of corner, in doorways or narrow spots along the course of The Running of the Bulls” is now an infringement of the law and four policemen were on duty today to ensure that nobody would infringe this new restriction.

However, Tour Operators for Sanfermin fiestas usually offer this location of the corner of Mercaderes and Estafeta to their customers as a good place to view the Running of the Bulls from. As a result of an increased obsession with the safety and security measures during Sanfermines, city hall is trying to ensure that both local citizens and all visitors get to know about these new norms and to comply with them, in the hope that this will reduce the number of accidents and incidents during The Running of the Bulls