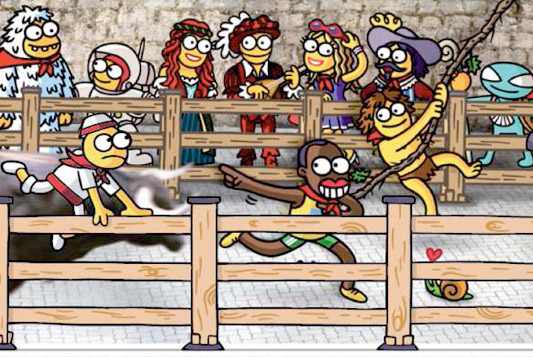 According to a statement from the Government of Navarra, on the 19th of January at 11.30 at the Navarra Stand in the Fitur Fair, a simulation of the Pamplona Bullrunning will take place. Mister Testis will be responsible for tossing some fluffy gorings to anyone who wishes to sign up for the running. Today there was a press conference held by the Navarra Government Department of Tourism and the councilor for the department, Juan Luis Sánchez de Muniáin outlined the details for the forthcoming fair along with his Managing Director of Tourism, Carlos Erce. Mr. Sanchez de Muniáin stated that the Sanfermin Running of the Bulls is one of the three key elements of the Government’s participation at the Fitur Annual Tourism Fair; “The best-known reference for Navarra outside its borders is the Sanfermin fiestas and this event will always be the tourist banner for Navarra abroad”, he stated.

It seems the simulation of the running of the bulls will have all the ingredients of the real event, that is to say, there will be a txupinazo rocket set off; the homilies will be sung and there will be runners, bull-minders and even the emergency ambulance services on display. Mister Testis will be charging around even though his fluffy horns will not cause any real damage. The Navarra firm, Sanferminencierro is responsible for setting up the simulated bullrunning. The first event is scheduled for 11.30 on the 1st of January- Navarra Day at the Fitur Fair. There will also be a simulated run on the Saturday in the morning and afternoon and again on Sunday morning. Mister Testis has already shown his talent for the bullrunning when he appeared last year in Estafeta Street during Sanfermin 2011 with the kiddies event that was organized that day – the encierro Txiki. Our blue bull is in good form at the moment as he showed the other day when he launched the Sanferfin 2012 tee shirt. This exclusive tee shirt from Kukuxumusu.com and Sanfermin.com was made with the Maya prophecies in mind and suggests that this coming Sanfermin 2012 could be the final one of all time! 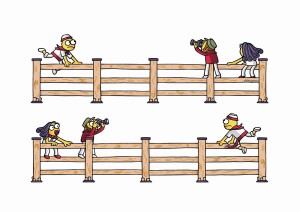 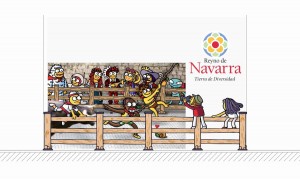