The board of judges for the Sanfermin Poster Competition met today at midday and in a unanimous decision they agreed that all the eight finalist posters can continue to be voted for. The president of the jury had requested a technical report and he also wished to listen to the opinion of the other board members before taking a decision on this question. It is the opinion of the board that none of the questions analyzed fails to comply with rule number three in the competition regulations which demands that the design must be original, unedited and has not been a finalist in any previous editions of this annual competition.

Doubts had arisen in relation to the designs created in poster number 1 as well as in poster number 5. After the eight finalists were announced, the local newspaper Diario de Navarra published photos of the posters and it was quickly spotted that, in 2013, a very similar creation had been admitted as one of the finalist posters. With regard to this particular question the jury board state that “It is not a copy of the 2013 poster, because many differences may be found between the two creations, both in their conception and in their execution. In addition, while both play with the idea of the dates, this year’s poster does not play with the idea of the hyphens”. This statement was issued by Pamplona City Hall in a press release today. 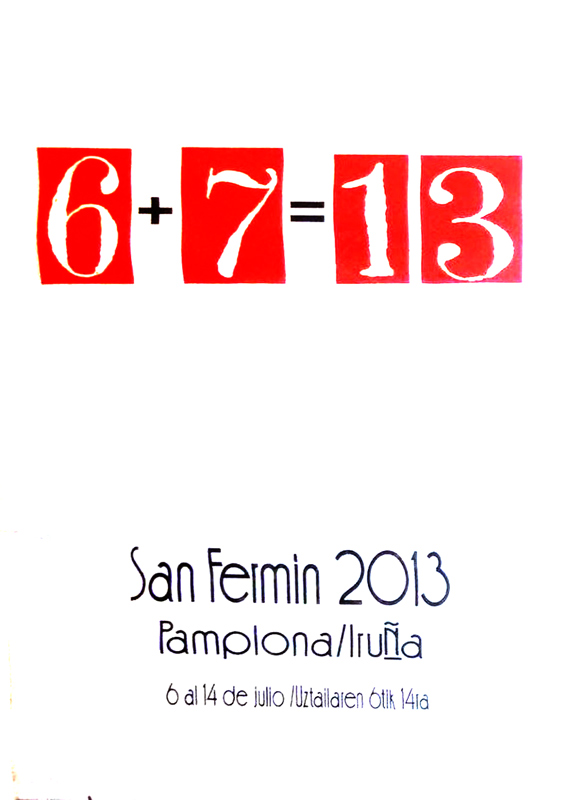 As for the second contentious poster, with the title “Pañoleta y asta”, the board of judges state that “while the idea of the square bracket seen as horn is present in both works, the stroke of the accent is not there, nor is the outline of the ‘ñ’, symbolizing a runner. Furthermore, the typography, colors, text layout…are all quite different.” For all these reasons, “the jury board agree that there is no reason to doubt the originality of the poster creations nor has there been any infringement of the rules and regulations and that both posters should be admitted to the vote of the public alongside the other finalist posters.” 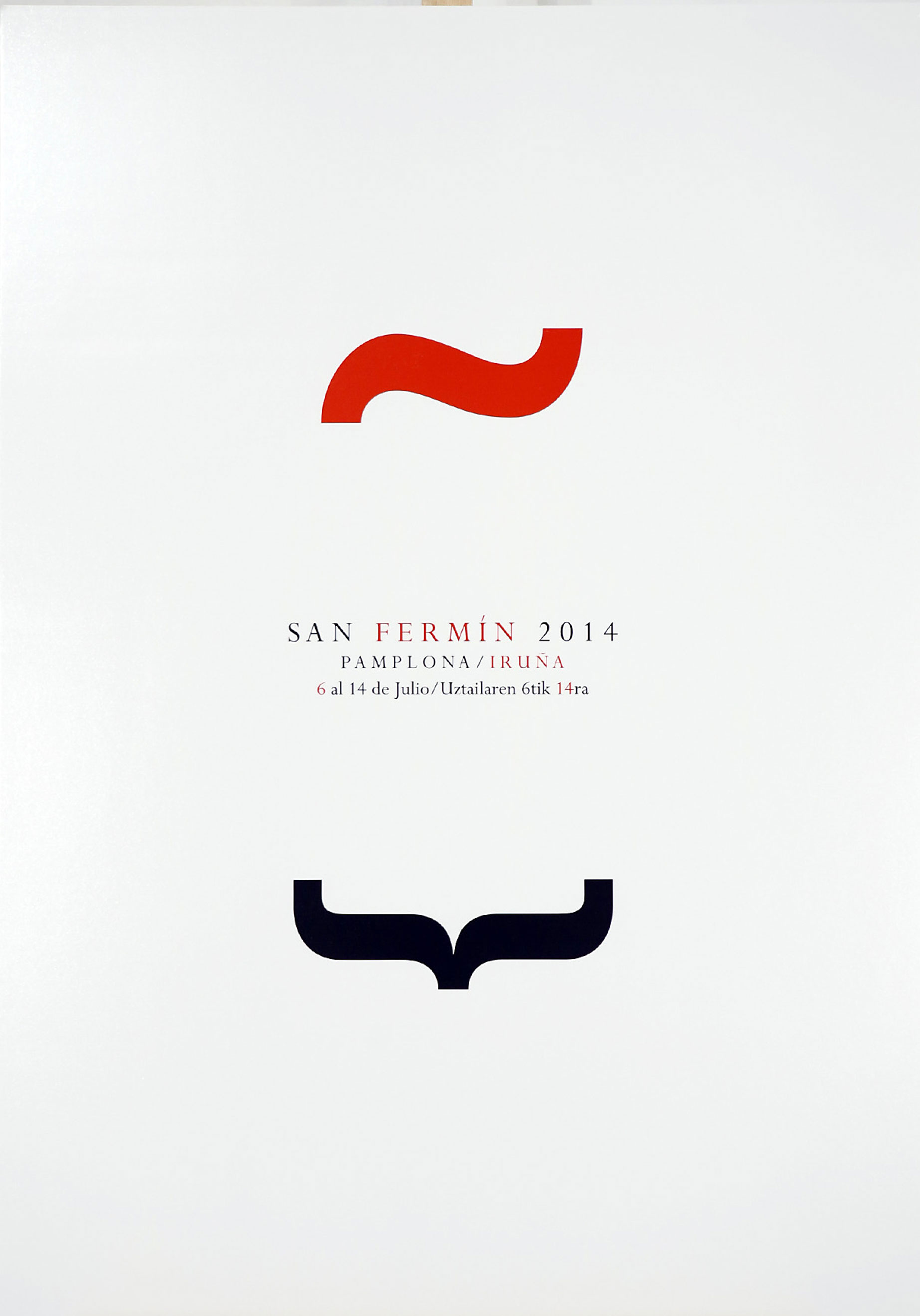