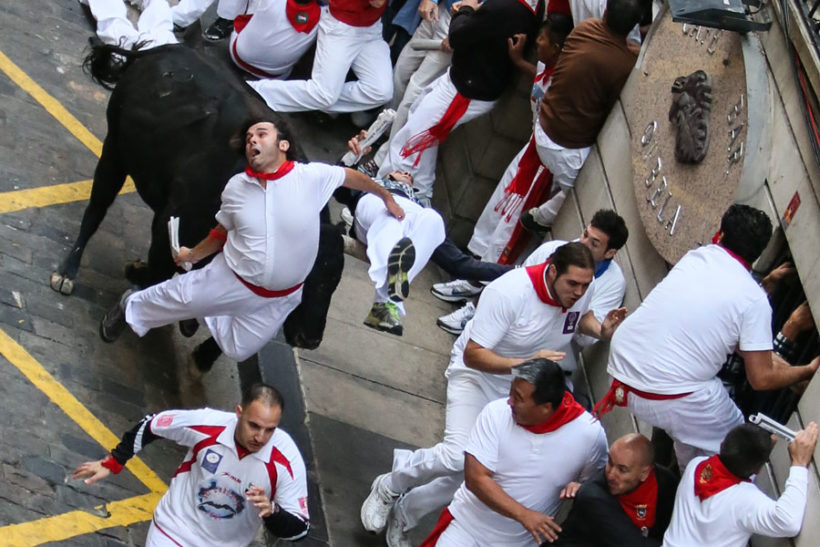 The two runners who received gorings from the Garcigrande Bulls in today’s running of the Bulls are both from Navarra, something which is not surprising as most of the runners who run on this first stretch of the course in Santo Domingo tend to be local runners. One of them is from Pamplona – F.E.A., aged 46 who got gored in his left thigh, causing a wound which is described by a spokesperson from the Navarra hospital – the Complejo Hospitalario de Navarra – as “not a serious condition”. The other runner, S.J.B., aged 34 and from the town of Artiberri (Navarra), has a very similar wound and his medical condition is described as similar.

Photographer Javier Martínez captured the moment in this sequence of images where, although it seems the white shirted runner is the one gored, it is, in fact, the runner with the checked smock.

MORE PHOTOS AND INFO RUNNING OF THE BULLS