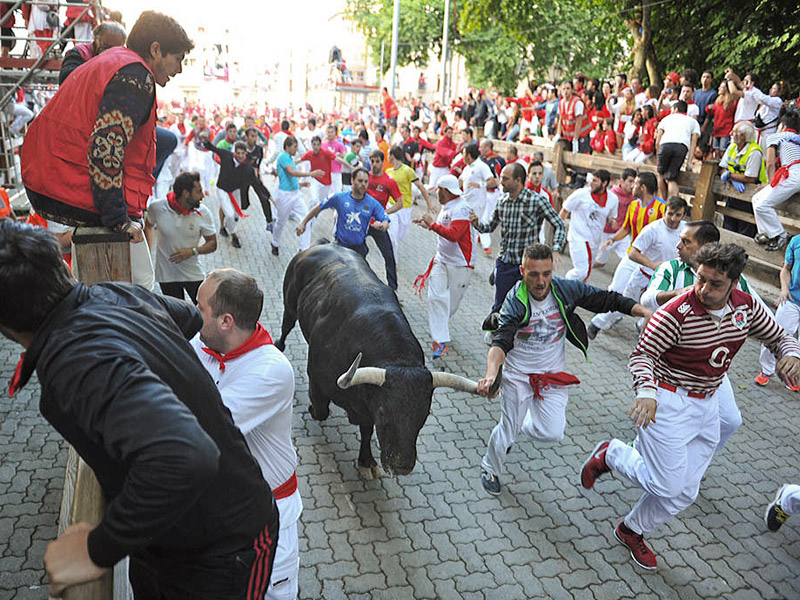 One of the norms of the Running of the Bulls event is the prohibition of holding or touching the fighting bull inside the course. And plain common sense would also tell us that it is not a sensible idea to grab the horns of the bull – essentially because this could make the animal angry, take one good look at you and proceed to do you some serious damage.

At this morning’s bullrun, a runner grabbed hold of the bull’s horn as if it were his very own, just as both man and beast were charging at full speed down into the entrance to the bullring. And he only let go because the bull pulled away ahead and left the runner falling flat on his face. Luckily, the fighting bull had paid no attention to the rash runner, but as you can see from the photo sequence, that fall has left the reckless runner with something more than egg on his face.