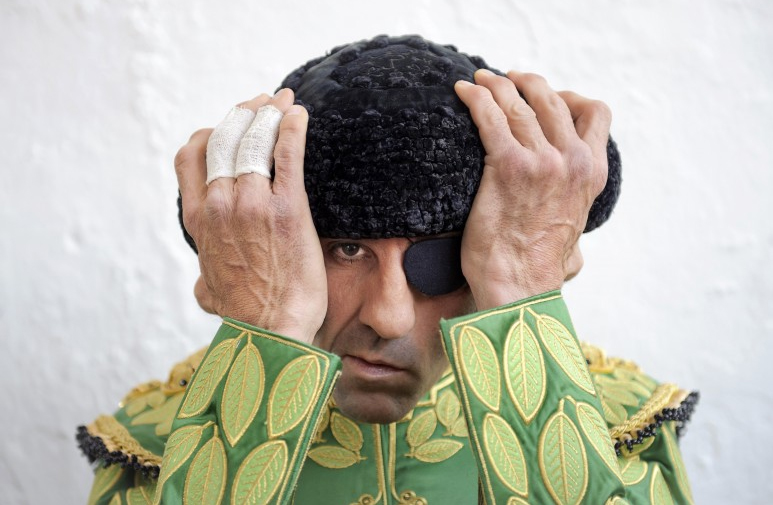 Daniel Ochoa de Olza has been awarded a runner-up award at the prestigious World Press Photo awards (Observed Portraits, stories). A news report about the return to the bullfighting arena in Olivenza by Juan José Padilla inspired the exacting jury of these Awards to give the photo a runners-up spot in this esteemed competition. The photo can be seen here at the WPF.