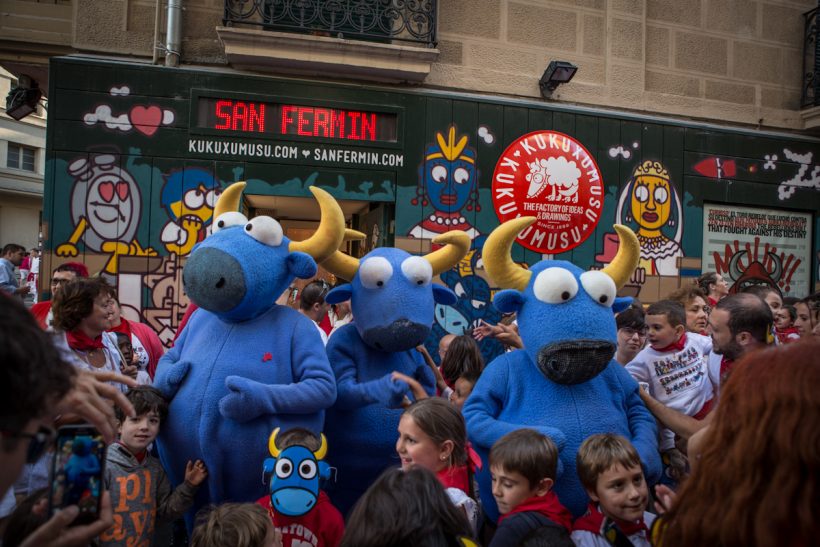 This special Kukuxumusu Running of the Bulls is fast becoming an annual tradition. It has its homily sung to the saint, its rockets go off to indicate the start and finish of the event, its bulls are large and furry and charges are made by the blue bulls with their large fluffy, yellow-colored horns. The whole event caused furor among both children and adults, who were caught between the desire to run against the blue bulls as if they were Miuras, or to stop and have their photos taken alongside the cute bulls.

No dangerous moments were created and there were lots of laughs and fun as both runners and bulls took several falls along the way. Indeed, it could be said that the run moved at a rather slow pace up Estafeta Street, almost like one of those week-end bullruns over a crowded course. Finally, after a long fifteen minutes of runs and stops,   all the participants finally arrived to the Kukuxumusu store in Estafeta where further photos were taken and greetings, handshakes and mutual congratulations were exchanged by all and sundry.

There were no reports of injuries. Simply, lots of reports of fun and enjoyment.