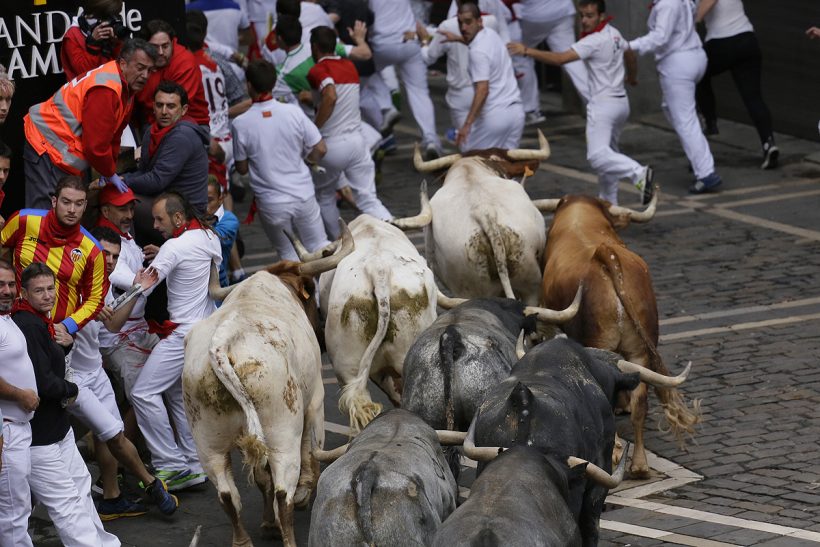 The real danger in this final Running of the Bulls of Sanfermin 2016, which featured the Miura bulls, came, of course, from these big bulls, especially on the final stretch just at the entrance to the bull ring, where a momentary upheaval was created by a pile-up of animals and runners, which surprisingly ended up without any serious injuries. But today, the bell-oxen also had their moment of glory when one of them began to swipe its way alongside the fencing in city hall square.

The pack of bulls and bell-oxen were making a clean run up the first stretch and were being lead by three of the bell-oxen in orderly fashion, when, after entering city hall square and making their way towards the corner of Mercaderes, one of the bull-oxen found itself running tightly beside the fencing on the right side. There were a group of runners stopped there who had taken shelter right at the fencing and the animal charged into the back of one of the runners and smacked him with its horn. Another runner in a blue tee shirt received a hard blow to his head from the horn of the same animal which, although it caused no injury, will surely give this runner a headache that will last the rest of the day.

Oblivious and indifferent to what they had caused to these runners, the bell-oxen entered Mercaderes in file without any further incident.