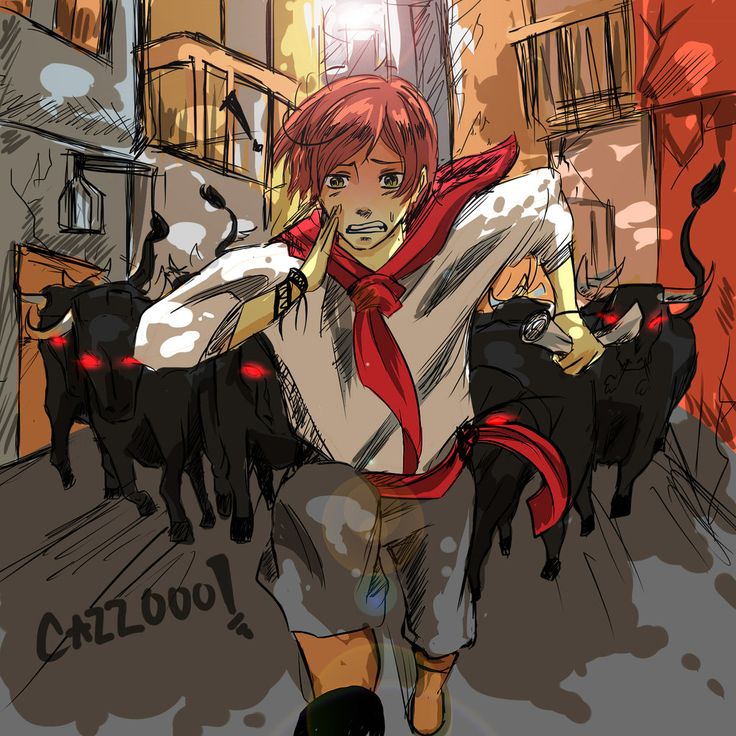 Today we discover one of the  manga characters from the Hetalia series because in one of the comics he appears running in the Sanfermin bullrunning. Yet another instance of the important impact that the Pamplona bullrunning has across the globe even if, in this case, it is a stereotyped image which appears in the cartoon manga Japanese anime but which has a high relevance in the sector.

The character that features in the bullrunning is called Spain and his human name is  Antonio Fernandez Carriedo and he has all the typical Spanish stereotypes: he likes the siestas, the fighting bulls and eating tomatoes. In this video you can appreciate the role of this character in the series.

Hetalia: Axis Power or Hetalia World Series (in the third season on TV the name was changed to HWS). This is a Japanese cartoon series which has become a cult series and which originated in manga comics before going on to television. The author of the drawings and stories is Hidekaz Himaruya who created a series which reinterprets historical events which took place at the beginning of the XX century where the main characters have names of countries and who undergo experiences in line with these historical events. Innumerable audiovisual elaborations of the series have been made and the comics come from Gentosha Comics publishing Company while the TV cartoons are made by Studio Deen, two of the largest companies within their respective sectors.