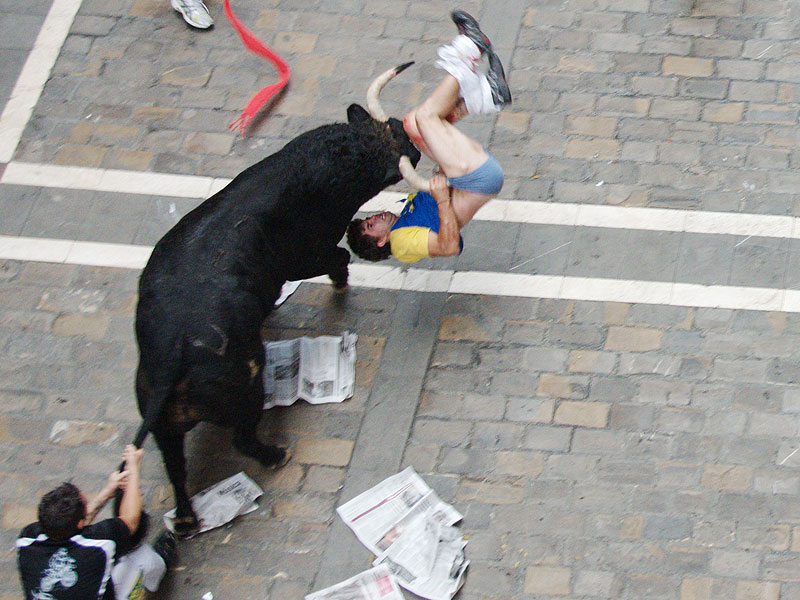 The El Pilar bulls brought the relative tranquility of this week’s bullrunning to an abrupt end in this sixth running of the bulls of Sanfermin 2013. This particular bull-breed usually tends to run a fast and clean Encierro but in this case it was neither one nor the other.

The bulls came out of the pens in Santo Domingo at a very fast pace and a brown-colored one quickly moved ahead, creating some moments of danger for the runners. Here, one runner received a goring. But the real protagonist was the black bull that got left behind by the others when it slipped up. This bull caused moments of terror in Estafeta as it charged at everyone around it. It tossed one runner to the ground and then spent some 30 seconds lifting and tossing the runner on its horns. All along the remaining part of the course, this bull continued to create terror as it charged and tossed various runners along the way.

See all the information