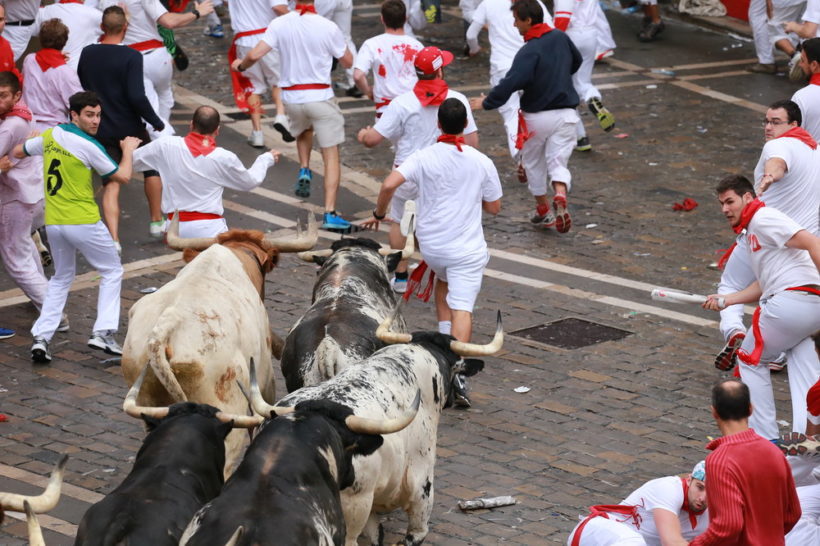 The First Running of the Bulls of Sanfermin 2014 sees the first fine imposed on a runner: an English citizen has become the first person to be fined for an infringement. It seems that he accepted the fine with good humor and benign resignation, according to a reporter from RTVE national TV channel.

The Runner, an experienced Sanfermin participant, is a policeman from England, who has been coming to Pamplona over the past 30 years. It seems he accepted the fine without making any protest. He told the local municipal police that he had seen the warning sign and read it in Spanish and in Basque but he could not find any version of the text in English. As luck would have it, on the stretch from where he was going to run, there was neither a poster nor a video message where he might have been able to read about the new norms that were to be imposed this year.

Diario de Navarra, in his digital edition, has published that the citizen has been penalized because he has gone through the line at Santo Domingo.

Few policemen had told to the spectators that they couldn’t gather at the corner of Mercaderes and Estafeta to see the Running of the Bulls.