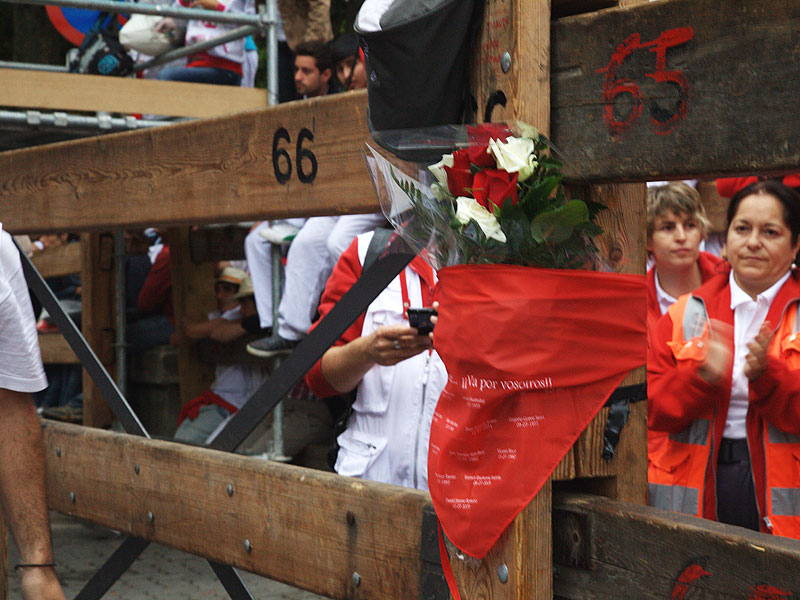 Today is the third anniversary of the death of the Madrid runner, Daniel Jimeno and this morning his father, accompanied by some other members of his family as well as by the mayor of Pamplona, Enrique Maya, paid a short homage to him and to all who have died in the bullrunnings. He tied a necktie to the plank of the wooden fencing just where the young man lost his life after receiving a mortal goring from the horns of a Jandilla bull.

The father of Daniel Jimeno, reminded those present that there has not yet been any kind of monument erected in memory of those who have died in the running of the bulls. He stated that he wished to remember all of them and he put the names of the 14 runners who, along with his own son, have lost their lives down the years in the history of the running of the bulls in the Sanfermin fiestas. 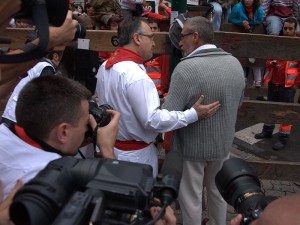 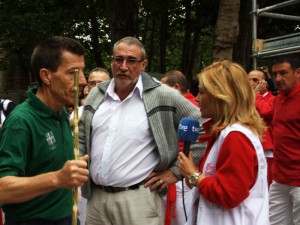 More photos from the 10th of July