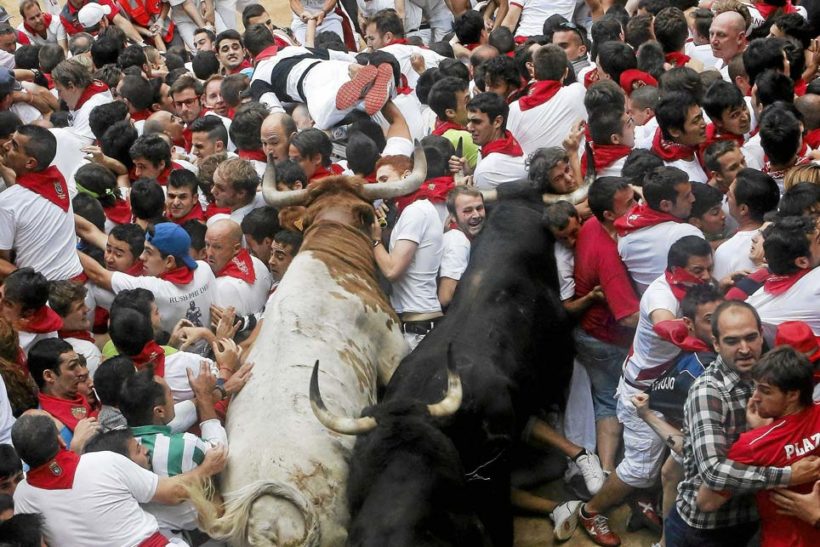 A photograph of Sanfermin from the Pamplona artist, Josu Santesteban, has been chosen as the best image of 2013 in the photo round-up of the year selected by elmundo.es. The image corresponds to the pile-up which took place at the entrance to the Pamplona bullring in the running of the bulls on the 13th 2013. The image was distributed by Reuters agency for the media at a world-wide level. In addition, the snapshot taken by the same photographer, Pedro Armestre about the Sanfermin Running of the Bulls and distinguished by the Wall Street Journal, has taken third place. In between these two Sanfermin photos, the readers of elmundo.es chose the photograph of the embrace between the two Popes, Benedict XVI and the current Pope, Francisco I.

Voting was carried out by means of an application of its own created by elmundo.es which permits readers of the web page to cast just one vote for every 50 photos. This morning showed a total of 3.225 consults on the timer and more than half were for the Sanfermin snapshot taken by Josu Santesteban. The selection was made by Carlos Montagud -Associate Photo Editor at EL MUNDO- which includes the most important events of 2013 shown in photos with a high aesthetic result. And then the readers of this web page from

EL MUNDO cast their votes with such pleasing results and which shows how intense is the interest in the subject of the running of the Bulls and the Pamplona fiesta of San Fermin.